Igniting the Lit in Litmus Test: How Leading With Reproductive Justice Helps Us Win

Igniting the Lit in Litmus Test: How Leading With Reproductive Justice Helps Us Win

For too long the Democratic Party has been compromising on reproductive freedom. The Democratic Congressional Campaign Committee Chair said in 2017: “There will be no litmus test [on abortion] for Democratic candidates”. However, pro-choice candidates have been winning in purple and even red areas like Virginia, Alabama and Pennsylvania. How can we as a progressive community ensure that reproductive rights and justice are political victories in the progressive movement? Electing candidates with a reproductive justice lens ensures a more intersectional vision for America. Come discover how candidates and organizations are working together in new historic ways to get sh*t done. 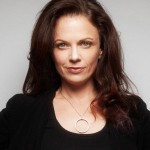 Heidi L. Sieck is Co-founder/Chief Empowerment Officer of #VOTEPROCHOICE a national political engagement platform connecting prochoice voters with prochoice champions in critical elections. Heidi is an award winning civic entrepreneur serving as founding Chief Operating Officer of Civic Hall and Democracy.com in New York City and interim Chief Operating Officer of Rock the Vote. She led the project to build the San Francisco 311 Customer Service Center and first open data platform in the U.S. and has worked on six presidential campaigns and countless state and location races in nearly every campaign role. Her passion is to change the world by elevating women to positions of leadership. She serves on the Board of the National Institute for Reproductive Health (formerly NARAL New York) the advisory board of Vote Run Lead, CTZNWELL, Emerge NY, Groundshift and MarchOn sister march network. Heidi is a proud partner of the Women’s March on Washington and a member of the Policy Table responsible for writing the intersectional Unity Principles.

Alison Dreith is the Executive Director at NARAL Pro-Choice Missouri and holds a BA in Political Science from University of Missouri. Alison has worked at Planned Parenthood of the St. Louis Region and Missouri Progressive Vote Coalition. Currently, she sits on the board of Missouri Family Health Council, is Vice President of the St. Louis chapter of Empower Missouri, and is President of the Freedom of Choice Council. She is a 2017 graduate of Rockwood Leadership Institute’s Art of Leadership program and is a 2017-2018 FOCUS St. Louis – Leadership St. Louis cohort. In 2017, she was named one of the 50 Political Pros You Need to Know by the Missouri Times. Alison lives in St. Louis.

Other sessions: This Is What Democracy Should Look Like: 2018 & Beyond