Much has been written about the demise of the American peace movement, but this panel will examine the exciting work to build a new movement against militarism. From police using tanks against protesters to a drone war that has taken thousands of lives to endless wars in the Middle East, the American war machine is alive and well. Why does the left have so much trouble taking it on? At a time when more than half of the federal discretionary budget goes toward war, we will explore how rebalancing federal funding is at the heart of building the America we want to see. An all-star group of organizers will discuss innovative new campaigns to recenter the fight against militarism at the heart of the progressive movement.

Daniel May began his organizing career building tenant unions in the South Bronx before moving to Los Angeles to found, with other organizers, One LA – IAF, the Los Angeles affiliate of the Industrial Areas Foundation. While in Los Angeles, Daniel led a campaign to uncover and end police profiling and abuse of undocumented immigrants in Maywood, CA and spearheaded the IAF’s outreach to the Los Angeles Jewish community. He then served as Political Director for the Service Employee International Union’s Campaign to Improve Assisted Living. From 2010-2014 he was Director of J Street U, overseeing its growth from 6 campus chapters to over 60. From 2015 to the present he has served as Organizing Consultant to the Colombe Foundation, which is dedicated to combating American militarism. He has written for The Nation, The Forward, Haaretz, and Tablet, among other publications. He has a Masters in Theological Studies from Harvard Divinity School and is currently a PhD candidate in Religion, Ethics and Politics at Princeton University.

Reece Chenault has spent almost fourteen years as a union and community organizer. Currently Reece is National Coordinator for US Labor Against the War, an anti-war organization dedicated to changing the labor movement’s foreign policy from within. Reece was also a community organizer with ONE DC, a non-profit that seeks to exercise political strength to create and preserve racial and economic equity in Shaw and the District and a coordinator with the Restaurant Opportunities Center of New Orleans. Prior to that, Reece was a Member Strength Organizer for SEIU Local 500 where he worked with community allies and union members to create working relationships that could continue increasing the standard of living for Montgomery County Public Schools employees. Before that, he worked for a few other unions and went to a few colleges. Reece is on the Board of Directors for the National Black Worker Center Project. 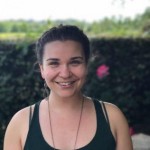 Tessa drives the anti-war campaigning at CREDO Action. She came up as a field organizer in the labor and immigration movements before coming to CREDO to help their 5 million activists make their voices heard online and in the streets. In addition to her anti-war work, Tessa also leads CREDO’s work on LGBTQ issues.

Jose is the Training Director of the Veterans Organizing Institute, a program of Beyond the Choir. He is the former Executive Director of Iraq Veterans Against the War and served fourteen years in the U.S. Army from which he was honorably discharged in 2007 as a conscientious objector. Jose is a doctoral candidate in Cultural Anthropology at the CUNY Graduate Center. His research and teaching at John Jay College focuses on militarization and the politics of veteran status in contemporary American society.