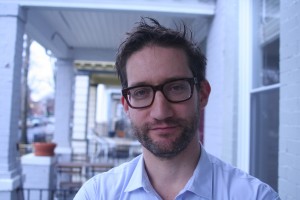 Daniel May began his organizing career building tenant unions in the South Bronx before moving to Los Angeles to found, with other organizers, One LA - IAF, the Los Angeles affiliate of the Industrial Areas Foundation. While in Los Angeles, Daniel led a campaign to uncover and end police profiling and abuse of undocumented immigrants in Maywood, CA and spearheaded the IAF's outreach to the Los Angeles Jewish community. He then served as Political Director for the Service Employee International Union's Campaign to Improve Assisted Living. From 2010-2014 he was Director of J Street U, overseeing its growth from 6 campus chapters to over 60. From 2015 to the present he has served as Organizing Consultant to the Colombe Foundation, which is dedicated to combating American militarism. He has written for The Nation, The Forward, Haaretz, and Tablet, among other publications. He has a Masters in Theological Studies from Harvard Divinity School and is currently a PhD candidate in Religion, Ethics and Politics at Princeton University.