Into the Hornet’s Nest: How Women of Color are Leading the Fight Against the Hyde Amendment [Voter Pick]

Into the Hornet’s Nest: How Women of Color are Leading the Fight Against the Hyde Amendment [Voter Pick]

For 40 years the Hyde Amendment has targeted poor women, women of color, and young women by banning abortion coverage from Medicaid, condemning many to unsafe procedures or unwanted pregnancies.Women of color in the reproductive justice movement have risen up to take on Hyde—and with it, 40 years of stigma and silence. In five years, organizations like All* Above All introduced the EACH Woman Act and proactive state and local policies and mobilized thousands of grassroots supporters to stand up against Hyde. This year, for the first time ever, both Democratic candidates have called for the repeal of Hyde. Learn how our leaders are braving a political hornet’s nest and where we’re going next with this fight.

Morgan has seven years of experience in the reproductive rights & justice field, including legislative advocacy, large-scale event planning, base-building, public education, and digital organizing at the national level. She’s spent six of those years working to end bans on insurance coverage of abortion with All* Above All and the All* Above All Action Fund. 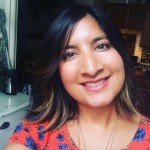 Ravina Daphtary is the Director of State Strategies at All* Above All, a campaign that aims to lift bans on public coverage of abortion, including the federal Hyde Amendment. She oversees the campaign’s State and Local Labs, sites that develop and launch innovative strategies for abortion coverage advocacy that include organizing, communications, and proactive policy advocacy. Prior to her time with the All* Above All campaign, Ravina worked on reproductive rights issues as a consultant in Arkansas and Mississippi, where she advocated against a number of threats to reproductive autonomy and organized youth in both states. She holds a B.S. in Economics from New York University and an M.A. in Communication from the University of Illinois at Urbana-Champaign. She lives in Philadelphia and is susceptible to bribes of Wawa hoagies and Little Baby’s ice cream.

Other sessions: Wise Latinxs: How to Build Power for 2016 and Beyond

Yamani Hernandez is the Executive Director of the National Network of Abortion Funds (NNAF), an organization that builds capacity and power of grassroots member organizations and leverages their direct access to abortion seekers for cultural and political change. Her leadership is defined by a commitment to reproductive justice and to cultivating leadership for women of color and young people.

Yamani leads her nationwide team from Chicago, where she was recently listed among “Chicago Women Who Owned 2015” by Viva la Feminista. Yamani has been a proud member of the Strong Families leadership team, a Ford Foundation Public Voices Fellow, and a writer for Echoing Ida, a program of Forward Together that supports leadership and amplifies the voices of Black women. Her writing and perspectives have been featured in outlets such as RH Reality Check, Progress Illinois, The Reader, EBONY, The Nation, Fusion, Truth-Out, and she has appeared on MSNBC.