You don’t have to know Jay-Z: Activating untapped networks of artists

You don’t have to know Jay-Z: Activating untapped networks of artists

In the 2014 election, the ACLU of CA partnered with other statewide organizations to execute a public education campaign on felony disenfranchisement, aka the “Let Me Vote” (LMV) campaign.

Much like dream hampton leveraged her personal relationship with Jay-Z to get other celebrities to publicly support California’s Proposition 47, the LMV campaign leveraged homegrown relationships with some of San Diego’s hippest artists to spread the word about felony disenfranchisement and voting and the 2014 election.
This panel will be a discussion on how to activate untapped networks of artists and “cool kids” within your community to accomplish your political goals.

You can spend a lot of time on crafting the perfect message, but equal attention should be given to cultivating messengers. And you don’t have to know HOVA to be successful in your own town! (Although, we are sure it wouldn’t hurt…)

Shanelle Matthews is an award-winning political communications strategist with a decade of experience in journalism, legislative, litigation, rapid response, and campaign communications. She serves as the Director of Communications for the Black Lives Matter International Network, a network of more than 40 chapters working to rebuild the Black liberation movement and affirm the lives of all Black people. Previous to that she served as the Deputy Communications Director for the Sierra Club, leading communications strategy for Beyond Coal and worked as a strategist for the ACLU of Northern California. She believes in using communications both as a tool for social change and to win. As an alumna of Progressive Women’s Voices, the Women’s Media Center’s premier media and leadership training program for women, Shanelle has executed her training as a spokesperson in outlets like Al Jazeera and NPR. She serves on the board of directors of the National Network of Abortion Funds and Rewire. She holds a degree in Journalism and New and Online Media from the Manship School of Mass Communications at Louisiana State University. She is a lover of cheese, Afro-jazz, and bourbon. She lives and plays in Oakland.

Other sessions: 7 Legal Rules for Online Advocacy That Everyone Should Know 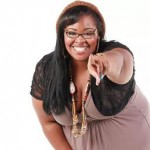 Wilnisha Almond Sutton, better known as TRU7H, is an amazing, soulful singer that has taken San Diego by storm. TRU7H is just TRUTH. She’s a very honest person and understand that there is something powerful about owning your truth no matter how ugly it may be. The origins of her music come from Neo-Soul, Hip Hop, and R&B. Her sister was the first one to expose her to R&B, playing Mary J. Blige’s first project “What’s the 411” repeatedly. Her natural love of music allows her to appreciate various types of artists from The Beatles to 2 Pac, and some of her favorites are Chrisette Michele, Fantasia, Kendrick Lamar, Nipsey Hussle, Dom Kennedy, Jhene Akio, and a lot of artists in the city of San Diego. TRU7H most recent release is her mixtape, “TRU7HWAS.”

“..Parker Edison considers himself a hustler — more in line with Too Short than Tony Montana. But even though he raps, directs music videos and lectures at universities, that persona is who he identifies with most. It’s simply what he’s best at, he reveals: “I’m a hustler, which translates into promotions and marketing … I write pretty good rap records but I find really good ways to promote and market them to people.”
– SoundDiego

Since 2009, Jollett has been working for the ACLU in various capacities. These days she is the communications strategist for the ACLU of California’s Voting Rights Project. Jollett leads the statewide felony disenfrachisement campaign, which aims to educated the formerly incarcerated of their right to vote. Born and raised in San Diego, California, Jollett is deeply committed to seeking justice in her own hometown. She volunteers at a local Islamic faith based organization, Pillars of the Community, which is based in San Diego’s most diverse and disenfranchised community. Pillar’s mission is to counter the criminalization of our community through community organizing, leadership development, and strategic partnerships.