Fed Up: The Economy Still Isn’t Working for Us and Why You Should Care about the Federal Reserve

Fed Up: The Economy Still Isn’t Working for Us and Why You Should Care about the Federal Reserve

The Federal Reserve Board is making the most consequential economic policy decisions affecting the vast majority of Americans over the next few years. Yet far too few Americans realize the enormous stake they have in decisions made there. The truth about the economy is obvious to most of us: Not enough jobs, not enough hours and not enough pay. Particularly in communities of color and among young workers. The central bank’s decisions about when to raise interest rates and slow the recovery will determine whether America’s families will enjoy real wage growth for the first time in more than a decade, and whether disadvantaged communities will share in the growth. Join us for a look at Fed Up: The National Campaign for a Strong Economy, the first campaign in decades to influence Fed monetary policy.

Liz Rose is a communications consultant in Washington, DC. Currently her client is the American Constitution Society. Until last Spring, Liz was the Communications Director for the Economic Policy Institute (EPI), an economic think tank. Liz managed EPI’s media relations, publications, and web teams. She oversaw the dissemination and promotion of the institute’s highly regarded research across traditional and new media platforms and worked to amplify EPI’s voice as a think tank for low- and middle-income Americans and their families. Prior to joining EPI, Liz directed media relations and communications for several nonprofit organizations including the American Civil Liberties Union’s Washington legislative office, and NARAL Pro-Choice America. Rose also served as the director of public affairs for the Federal Communications Commission (FCC). Before her tenure at the FCC, Rose was a public affairs officer at the U.S. Department of Labor. Rose was also the media relations director for the U.S. Holocaust Memorial Museum, and served as a press secretary for Sen. John D. Rockefeller, IV (D-W.Va.) and Rep. Thomas J. Downey (D-N.Y.). 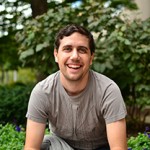 Ady directs Fed Up, a national campaign for full employment and a reformed Federal Reserve. Before joining CPD, Ady was a law clerk to the Hon. Shira A. Scheindlin in the Southern District of New York. Prior to that he was a Liman Fellow with Make the Road New York, where he represented low-wage workers seeking to recover unpaid wages, engage in collective action, and obtain safe and dignified working conditions. He helped design and draft policy proposals to enhance the quality of low-wage jobs in New York City including the right to paid sick days, regulation of major retailers, and unionization of the car wash industry. He graduated from Yale Law School and Columbia College. 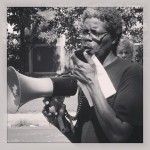 Derek Laney is the Co-executive Director of Missourians Organizing for Reform and Empowerment, (MORE.) He has been involved with the National Fed Up campaign since its introduction to community organizers a year ago. As an organizer with MORE, Derek helped to strategize and build the movement infrastructure for the Ferguson uprising that later grew into the national Black Lives Matter movement. Derek comes from a 20 year career in social service, working with a range of various populations. Derek is the co-coordinator of the Cowry Collective Timebank in St. Louis, a life coach, and the father of a nine year old daughter.

Valerie Rawlston Wilson is director of the Economic Policy Institute’s Program on Race, Ethnicity, and the Economy (PREE), a nationally recognized source for expert reports and policy analyses on the economic condition of America’s people of color. She has written extensively on various issues impacting economic inequality in the United States—including employment and training, income and wealth disparities, access to higher education, and social insurance—and has also appeared in print, television, and radio media.