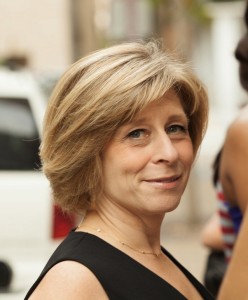 Liz Rose is a communications consultant in Washington, DC. Currently her client is the American Constitution Society. Until last Spring, Liz was the Communications Director for the Economic Policy Institute (EPI), an economic think tank. Liz managed EPI’s media relations, publications, and web teams. She oversaw the dissemination and promotion of the institute’s highly regarded research across traditional and new media platforms and worked to amplify EPI’s voice as a think tank for low- and middle-income Americans and their families. Prior to joining EPI, Liz directed media relations and communications for several nonprofit organizations including the American Civil Liberties Union’s Washington legislative office, and NARAL Pro-Choice America. Rose also served as the director of public affairs for the Federal Communications Commission (FCC). Before her tenure at the FCC, Rose was a public affairs officer at the U.S. Department of Labor. Rose was also the media relations director for the U.S. Holocaust Memorial Museum, and served as a press secretary for Sen. John D. Rockefeller, IV (D-W.Va.) and Rep. Thomas J. Downey (D-N.Y.).