Progressive National Security in the 2014 Elections and Beyond

Progressive National Security in the 2014 Elections and Beyond

National security played an unusually strong role in the 2012 elections, with Barack Obama ranked as one of the most effective national security presidents in recent memory. With the memory of the Bin Laden killing fading, tensions with Russia on the rise, continued tragedy in Syria, controversy around drones and NSA spying increasing, and negotiations with Iran over its nuclear program ongoing, what role will national security play in the 2014 elections and beyond? Can the Democrats remain strong on national security, or will Republicans regain their traditional mantle as the party most able to protect the United States? Will Obama be able to finally close Guantanamo in his last two years? And are we on the verge of a new Cold War with Russia?

Emily covers government, international affairs and economics for OZY, the digital news and culture site that aims to vault readers ahead with trend-spotting pieces on everything from politics to business, world affairs to science and technology
She joined OZY after six years covering foreign policy, Congress and U.S. politics in Washington, D.C. for CQ Roll Call. During her time at CQRC she was a finalist for the Livingston Award, recognizing the top American journalists under the age of 35 and was named one of Young Professionals in Foreign Policy’s Top Foreign Policy Leaders Under 33.
Emily has a Bachelor’s degree from Stanford University and a Master’s degree in political science from the University of Oxford. She’s reported from England, Japan, South Africa, Pakistan and Kazakhstan and her work has been published by Foreign Policy, The New Republic, Fortune, Ms. and the Economist Intelligence Unit.

Joseph Cirincione is president of Ploughshares Fund, a global security foundation. He is the author of the new book Nuclear Nightmares: Securing the World Before It Is Too Late, Bomb Scare: The History and Future of Nuclear Weapons and Deadly Arsenals: Nuclear, Biological and Chemical Threats. He is a member of Secretary of State John Kerry’s International Security Advisory Board and the Council on Foreign Relations.

Mike Darner serves as the Executive Director of the Congressional Progressive Caucus. The CPC consists of one United States Senator and 70 members of the United States House of Representatives, and is the largest caucus within the House Democratic Caucus. Established in 1991, the CPC reflects the diversity and strength of the American people and seeks to give voice to the needs and aspirations of all Americans to build a more just and humane society. Prior to joining the CPC, Mike served as Legislative Director for Congressman John Conyers, Jr. (D-MI) for six years. He has also worked as an attorney specializing in election law. He is an alumnus of Miami University and the Catholic University of America’s Columbus School of Law. 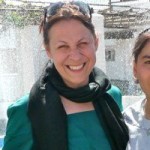 Megan Minnion worked in Kabul, Afghanistan from 2008 to 2010 as a political advisor for NATO’s Senior Civilian Representative and from 2010 to 2014 as the chief advisor on the Afghan transition for the United Nations Assistance Mission to Afghanistan (UNAMA). In the latter capacity she developed strategies and policy guidance to better prepare the UN system for the concurrent political, security and economic transitions underway across Afghanistan. Previous to this, Ms. Minnion served as a Public Diplomacy Officer for NATO Headquarters in Brussels (2002-2008) covering Central Asia and North America regions and from 1996-2002 she served in the Reserves in the Canadian Armed Forces.

She currently works as an independent consultant and will return to NATO Headquarters in the Political Affairs and Security Policy Division in August 2014. Megan holds a Baccalaureate of Arts in Sociology from Queen’s University and a Masters in Business Administration from the Royal Military College of Canada.