Agitating for Change: Russian Media and the Thirst for Information

Agitating for Change: Russian Media and the Thirst for Information

Access to information is crucial for an informed and democratic society, and obtaining important government information is getting more difficult in Russia, where the state is beginning to clamp down on media in the wake of the turmoil in Ukraine. The professional and citizen journalists there face common enemies—corporate special interests with unending financial resources, procedural hurdles, and ever-changing political climates. To combat this, how are journalists in Russia leveraging social media and other online tools for action? What lessons can be gleaned from efforts in the US and other countries around the world? And how can we work together to support the work of our progressive allies across world?

Libby Rosenbaum is the vice president of programs and communications at ACYPL, a small non-profit which sends bipartisan groups of American leaders to countries around the world, and hosts international leaders in the U.S. Prior to this, Libby served as the education partnerships manager at the British Council where she established and promoted U.S.-UK university research collaborations and planned international summits devoted to higher education best practice. She has also served as the major gifts officer at the Center for American Progress, and as a fundraiser on the US Senate campaigns of Ken Salazar and Joe Hoeffel. 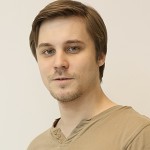 Artem grew up in Siberia where he also started working as a journalist. Civic journalism is not as well formed in the Siberian region as it is the European part of Russia, but Artem learned how his voice could be heard on various important issues for the region. Since moving to St. Petersburg, he writes on business, telecommunications, and judicial conflicts.

Artem won the 2008 regional round of Russia’s national journalism competition with a piece entitled, “The economic revival of Russia.” 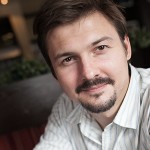 Ivan Pritulyak is a producer, radio host, actor, and journalist who works at Radio Siberia, in the city of Omsk. During the Russian Presidential election in 2012, Ivan trained volunteers to monitor the election and discussed cases of electoral fraud on the air .

In the beginning of the recent unrest in Ukraine, Ivan conducted an unusual social media survey. He used his last name, Pritulyak, a common Ukrainian name to establish connections with other people with the same name who live in Ukraine, and asked them what they thought about the situation. The results of his survey, first published in his blog, were re-posted by major news agencies in Omsk. 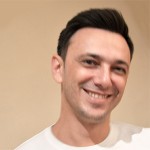 Dimitrie started his journalism career working for German-speaking newspapers, and then moved to TV as a correspondent for one of the Russia’s largest state-run broadcasters, and then as a producer for BBC Moscow. After his work in TV, Dimitrie discovered social media and got a certification as a strategist from the the Social Media Academy, the leading business school for applied social media. Now, Dimitrie works in radio and social media to help achieve his goal of “social and cultural bridge building.”

In his free time, Dimitrie is a volunteer at the social rehabilitation center for minors “Yablonka” (“A Little Apple Tree”) in Kaliningrad, Russia. 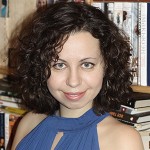 Elena Vasilieva is the Founder and Editor-in-Chief of Woman on Top, an online magazine aimed at women in Russia who are looking to find their own way, who want to start their own business and to succeed. The online magazine features stories about women who have already done it.

Before founding the magazine, Elena worked as freelance journalist for many major Russian newspapers and magazines.