The New 50-State Strategy: Keeping Our Edge in the Ground Game

The New 50-State Strategy: Keeping Our Edge in the Ground Game

As DNC Chair, Gov. Howard Dean proposed something radical. Rather than focusing all party resources on a media onslaught of the usual battleground states, Democrats would develop infrastructure and invest in winning elections in all 50 states. Though still controversial to this day, the 50-state strategy helped elect a Democratic majority and set the groundwork for big wins in 2008 and 2012. Now Republicans are wising up and have called for a 50-state strategy of their own just as the Democratic party starts to slip back into business as usual. What can we do to keep the edge and prevent this grassroots strategy from disappearing?

Arshad Hasan is the co-founder and Principal of Convey Communications, a firm dedicated to lifting up emerging leaders of the progressive movement – especially women, people of color, and queer folks – on their public communications skills. You’ve got a vision, we help you convey it to a world that needs to hear it. You deserve to be heard.

Arshad is a long serving member of Netroots Nation’s Board of Directors and served as the immediate past Chair of the Board. Prior to founding Convey Communications, Arshad has led some of the progressive movement’s most high-impact political organizations such as Democracy For America and Progress Now. He lives in Vermont with his tiny dog, Cole. 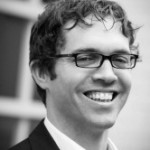 Jeremy Bird is a founding partner at 270 Strategies and a longtime grassroots organizer with broad experience across domestic and international politics, labor, and policy. He helped launch 270 Strategies after serving most recently as the National Field Director for the 2012 re-election campaign of President Barack Obama, where he had primary responsibility for building a nationwide army of staff and volunteer organizers.

Parag Mehta is a strategist who has worked in government, politics and community advocacy. For the past three years, he has directed communications for a civil rights agency in the U.S. Department of Labor. In 2008, Mehta served on President Obama’s Transition Team as a liaison to Asian Americans and Pacific Islanders as well as Lesbian, Gay, Bisexual and Transgender Americans. He later managed Gary Locke’s confirmation to become U.S. Secretary of Commerce. From 2005-2008, Mehta worked for the Democratic National Committee during the four most successful election cycles in the modern history of the Party. He served as the DNC’s Training Director, conducting campaign workshops for organizers in all 50 states. In 2004 Mehta served as Deputy Political Director of the political action committee America Votes. Prior to that, he worked on the truly game-changing presidential campaign of former Vermont Governor Howard Dean.

Jay Parmley has served as executive director of more state Democratic parties than anyone in party history—all in the South. He served two terms as Chair and Executive Director of the Oklahoma Democratic Party, and also served as Executive Director of the South Carolina and North Carolina parties. He worked in Mississippi for the DNC under Chairman Howard Dean as part of Governor Dean’s 50 State Strategy. Since 2007, Jay has been a trainer with Democracy for America where he has trained over 2,600 activists, candidates and campaign staff across the country. He is a former at-large member of the DNC and served on its budget committee. Parmley is a former president of the Young Democrats of America. He holds a Bachelor of Arts and a Master of Public Administration degree from the University of Oklahoma. He worked in higher education from 1993-2001 and is originally from Wyandotte, Oklahoma.

Ali Savino studied computer engineering at Cornell University, and left the software world after a few short years to enter political campaigning. Starting with the Dean for America presidential campaign in 2003, she’s worked for several campaigns and progressive non-profits in a variety of online organizing and project management roles. In 2006, she co-founded the Center for Independent Media to propel citizen-journalists covering political news into the national spotlight. Currently she designs campaign software for NGP VAN, the leading online tools provider for democratic campaigns, where she contributes with her new media expertise as a Project Manager.