Not Your Mother’s Abortion Fight: Millennials, Youth of Color and the Fight for Reproductive Justice

Not Your Mother’s Abortion Fight: Millennials, Youth of Color and the Fight for Reproductive Justice

Many youth of color and young feminists today see the fight for abortion rights as part of a broader fight for justice in multiple arenas. We’ll talk about reproductive justice as a framework for creating a more inclusive conversation about what it takes for every person to make decisions about sex, health, reproduction and parenting and how these issues intersect in the fight for economic justice and human rights.

Colleen Crinion is a progressive activist focusing on women’s issues and labor. She earned her M.A. in Sociology from American University focusing on gender, family, sexuality, and the media. She is a contributor to the Huffington Post, Ms. magazine’s blog, and Spike the Water Cooler. As a Board member of the D.C. Abortion Fund and former Planned Parenthood employee, she writes primarily about women’s issues and reproductive rights. Ms. Crinion also won a Democracy for America Scholarship to attend Netroots in June 2012. She currently serves as Communications Director for the Women’s Information Network (WIN). Originally from Michigan, she resides in Washington, D.C. where can often be found tweeting while watching The Daily Show and The Colbert Report with her dog. You can follower her at @colleeneliza. 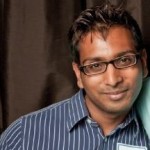 Travis is the Manager of Affiliate & National Programs at NARAL Pro-Choice America. He is responsible for providing support for NARAL’s 22 affiliates, chapter, & choice action team. Travis also runs NARAL’s DC Volunteer Program, as well as the Choice Out Loud – On Campus millennial engagement program. He is a graduate of American University (’10) with a Double B.A. In International Relations & International Business. Travis sits on the Gay & Lesbian Victory Fund Campaign Board, an organization dedicated to electing pro-choice out Lesbian, Gay, Bisexual & Transgender leaders. Travis is a New Yorker now living in Maryland who is training for a 2014 Antarctica marathon.

Other sessions: Organizing Support for Abortion Rights in Hostile Territory

Mari Schimmer helps direct and support Choice USA’s national trainings and leadership institutes. A California native and a graduate of University of California Santa Cruz, Mari interned with Choice USA’s Communications Department in fall 2003 through the UCDC program. Mari joins Choice USA after six years with Grassroots Campaigns, Inc., where she worked to build the progressive movement as Assistant National Recruitment Director; oversaw organizing staff and volunteers to get out the vote through the 2008 and 2010 elections; and organized volunteers around renewable energy campaigns in Colorado, New Mexico and Wisconsin. When she is not organizing, Mari is usually exploring DC or perfecting her vegetarian cooking skills. Follow her on Twitter @MariCat.

AIMEE THORNE-THOMSEN is a long-time activist whose work has focused on supporting young people to develop their skills and leadership around the reproductive health, rights and justice issues that most affect their lives. Currently, she is the Vice President of Strategic Partnerships of Advocates for Youth, where she oversees and coordinates the development, implementation and evaluation of Advocates’ strategic partnerships with youth activists and organizations in allied social justice movements.  Prior to joining the Advocates staff, she was Interim Executive Director of the Astraea Lesbian Foundation for Justice and Executive Director of the Pro-Choice Public Education Project (PEP). She is the Co-Chair of the Board of Directors of SisterSong Women of Color Reproductive Justice Collective and Chair of the Board of Directors for Power California.