From Hand-Raiser to Leader: How Walmart Workers are Using Online Communities to Take on the World’s Largest Employer

From Hand-Raiser to Leader: How Walmart Workers are Using Online Communities to Take on the World’s Largest Employer

On Black Friday 2012, Walmart workers went on strike in hundreds of stores across the country. Listen to first-hand accounts of how these courageous workers used their online networks to build community, grow their networks and support each other to pull off one of the largest organizing strikes in recent history. Hear how they not only captured the country’s imagination, but are on the verge of transforming current worker organizing models. 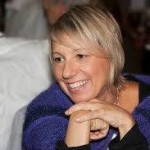 Marianne is a founder of The Engage Network (www.engagenet.org) which is part of the Movement Strategy Center network (www.movementstrategy.org). Engage incubates, researches, and advises on building decentralized, people-led networks. The practice marries the best online organizing strategies with a unique, small circle approach to build field that emphasizes building a deep network of love and trust.

Current and past partnerships include: the Organization United for Respect at Walmart (www.forrespect.org), Greenpeace International (http://www.mobilisationlab.org), Sierra Club (www.sierraclub.org) Minnesotans for a Fair Economy/SEIU International (www.mnfaireconomy.org), and co-designing the largest yoga and social change network, Off The Mat Into the World (www.offthematintotheworld.org.)

Prior to Engage, Manilov has spent 25 years in organizing. She has co-founded several c3 and c4 efforts including The Center for Commercial-Free Public Education, which brought the corporate takeover of public schools onto the national agenda and created grassroots networks in 23 states.

Marianne writes on social change and been quoted extensively in the media including: The Huffington Post, The Washington Post, The New York Times, and The Nation. She has appeared on ABC, CBS, NBC, CNN, and Good Morning America, and on the BBC. Her own inner practices include dance and meditation.

Girshriela Green is an online to field organizer with the Organization United for Respect at Walmart (OurWalmart) and a founder of “Respect the Bump,” a network of pregnant moms and people who have had issues with pregnancy who work at Walmart who are demanding better treatment. A single parent and a mother of 7, Girshriela is organizing to create a work environment at Walmart where pregnant workers can receive basic accommodations like more restroom breaks or water at the register and don’t have to be afraid to tell their employer when they’re expecting. Girshriela was one of the first 100 Walmart workers around the U.S. to stand up and organize as part of the OURWalmart effort. She is a leader who builds other leaders, starting with her old store in Los Angeles and also including organizing in Texas and Florida and Minneapolis. She is a founder of Walmart moms and she supported leaders who founded a network of LGBT Walmart employees. 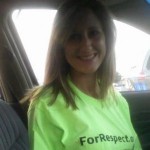 Angela Williamson is an online to field organizer with the Organization United for Respect at Walmart (OURWalmart). Angela previously worked at Walmart and was fired for organizing others in her store. She turned to organizing, working with her old store in Florida, and across multiple states, becoming a force for change at a national level. Angela is a skilled organizer and speaker. She has appeared in local and national media and has spoken on Capitol Hill about the poverty wages at Walmart. She is a proud mother of three.