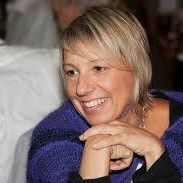 Marianne is a founder of The Engage Network (www.engagenet.org) which is part of the Movement Strategy Center network (www.movementstrategy.org). Engage incubates, researches, and advises on building decentralized, people-led networks. The practice marries the best online organizing strategies with a unique, small circle approach to build field that emphasizes building a deep network of love and trust. Current and past partnerships include: the Organization United for Respect at Walmart (www.forrespect.org), Greenpeace International (http://www.mobilisationlab.org), Sierra Club (www.sierraclub.org) Minnesotans for a Fair Economy/SEIU International (www.mnfaireconomy.org), and co-designing the largest yoga and social change network, Off The Mat Into the World (www.offthematintotheworld.org.) Prior to Engage, Manilov has spent 25 years in organizing. She has co-founded several c3 and c4 efforts including The Center for Commercial-Free Public Education, which brought the corporate takeover of public schools onto the national agenda and created grassroots networks in 23 states. Marianne writes on social change and been quoted extensively in the media including: The Huffington Post, The Washington Post, The New York Times, and The Nation. She has appeared on ABC, CBS, NBC, CNN, and Good Morning America, and on the BBC. Her own inner practices include dance and meditation.