DC, Albany, America – A Film Showcase for Our Political Times

DC, Albany, America – A Film Showcase for Our Political Times

Films are an effective way to engage new audiences, communicate dynamic ideas and provoke conversation. See short segments of films that seek to influence the debate, learn about the work and share thoughts on impact, distribution, partnerships and the potential to turn reel action into real action.  Lineup subject to change.

American Winter – AMERICAN WINTER is a timely documentary that follows the personal stories of families struggling in the worst economic downturn since the Great Depression. Filmed over the winter of 2011-12, the film presents an intimate snapshot of the state of the nation’s economy as it is playing out in the lives of many American families, and reveals the human consequences of cuts to social services, the decline of the middle class, and the fracturing of the American Dream. AMERICAN WINTER is produced and directed by Emmy® Award-winning filmmakers Joe and Harry Gantz, creators of HBO’s Taxicab Confessions. Presenter: Harry Gantz

Dear Governor Cuomo – On a rainy night in May of 2012 a coalition of musicians, scientists and activists gathered in Albany on the governor’s front doorstep, calling for a ban on hydraulic-fracturing. With the news that Governor Andrew Cuomo might lift the moratorium on fracking in New York any day, the event was assembled in less than a month. Two rehearsals in 24 hours and it was showtime! The goal of the varied participants, many of whom had never met before this night, was to explain in clear terms the environmental, economic and health risks of fracking and to motivate people to rise up against the practice using a unique blend of music and message. The cord that bound them all was that they were first and foremost New Yorkers: New Yorkers Against Fracking. The film that resulted from the night – a unique blend of “The Last Waltz” and “An Inconvenient Truth” – was written and directed by Jon Bowermaster and filmed under the direction of Academy Award winning doc-maker Alex Gibney. The stars of the night included actors Mark Ruffalo and Melissa Leo, environmental biologist Sandra Steingraber and a long list of musicians that included Natalie Merchant, Joan Osborne, Dan Zanes, the Felice Brothers, Citizen Cope, Medeski Martin & Wood and many more. The film premiered at the Woodstock Film Festival on October 11 and has begun a statewide tour of theaters, universities, community centers and town halls. Presenter: Jon Bowermaster

PAY 2 PLAY – Pay 2 Play is a documentary on the costs of running for office, weaving compelling characters and campaign drama with art and activism to show the path to reform. PAY 2 PLAY shows the need for campaign reform through the compelling stories of first-time candidates in the battleground state of Ohio. From the Supreme Court decision Citizens United to the billionaire Koch Brothers, the film outlines a corporate strategy spanning decades to manipulate the media, the courts, and the public to turn our elections into one big game of Pay to Play politics. Presenter: Rebecca Lynn Minkin

Bidder 70 – Bidder 70 centers on an extraordinary, ingenious and effective act of civil disobedience demanding government and industry accountability. In 2008, University of Utah economics student Tim DeChristopher committed an act which would redefine patriotism in our time, igniting a spirit of civil disobedience in the name of climate justice. ​Follow Tim, Bidder 70, from college student to incarcerated felon. Redefine justice for yourself. Choose your side. Presenter:

Kathleen Thompson is the Communications Director of the Dallas County Democratic Party. She currently serves as State Democratic Executive Committeewoman, Senate District 12 and Communications Committee Chair for the Texas Democratic Party. She is the Texas Field Organizer for Living Liberally.
Kathleen is active in her community. She’s the founder of the Grapevine Veterans Day Parade and a proud member of the Grapevine Garden Club Executive Board.

A six-time grantee of the National Geographic Expeditions Council and award-winning writer and filmmaker Bowermaster’s ten-year-long OCEANS 8 project took him and his teams around the world by sea kayak, from the Aleutian Islands to Vietnam, French Polynesia to Chile/Argentina/Bolivia, Gabon to Croatia and Tasmania to Antarctica.

Author of a dozen books and a dozen documentary films, Jon was recently named one of a dozen Ocean Heroes by the National Geographic Society. His website and blog (www.jonbowermaster.com) continues his reporting on the world’s coastlines, the people who live along them and issues of importance to anyone concerned about the planet’s one ocean.

A resident of New York’s Hudson Valley his most recent documentary, “Dear Governor Cuomo,” looks at the controversy around hydraulic fracturing in his own backyard. His next film, “Antarctica 3D: On the Edge” is due out in Fall 2013. 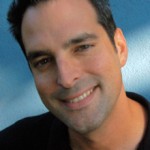 John Wellington Ennis is a filmmaker, activist, and contributor to The Huffington Post. Ennis co-founded VideoTheVote.org to combat voter suppression and empower citizens through new media, seen in his feature documentary “FREE FOR ALL: One Dude’s Quest to Save Democracy,” which investigated election fraud in Ohio. His new film “PAY 2 PLAY” examines big money in politics and how to reclaim our democracy from the highest bidder. His debut feature film, “Wild Girls Gone,” was an indie comedy produced with the Upright Citizens Brigade, starring Amy Poehler and Matt Walsh.

Joe and Harry Gantz are the Emmy award-winning filmmakers behind the production company View Film. Their work has been both critically and commercially acclaimed for its exploration of the most intimate aspects of people’s lives and relationships. The Gantz brothers are best known as the creators of the Emmy-winning HBO series “Taxicab Confessions”. They recently completed the feature documentary “American Winter” about families struggling in the wake of the worst economic crisis since the Great Depression, which premiered on HBO in March 2013. Prior to this, they produced the documentary “Destination Change Our World” for Amnesty International and were Executive Producers of the CBS drama series “The Defenders” based on a documentary pilot they created about two Las Vegas defense attorneys. In addition to their work on HBO and CBS, they have produced critically acclaimed docu-series for Showtime, The Sundance Channel, and Channels 4 and Channel 5 in the UK.