Artists for Justice: How Artists are Transforming the Narrative on Immigration and Equality

Artists for Justice: How Artists are Transforming the Narrative on Immigration and Equality

The migrant rights movement is rich with artists and producers who are producing culture that reach audiences beyond the bounds of what community organizing and policy-based organizing can do. Visual artists, designers, coders, rappers, emcees, street artists, musicians, poets and performers are increasingly working together to form a cultural front that speaks out for a fair and just immigration policy. From theater productions to creative online apps to the use of the monarch butterfly symbol, art is a powerful and undeniable tool in the migrant struggle. Come hear how organizers and artists are employing cultural strategy and online tools to activate innovative art that shifts hearts and minds around immigration. We will discuss case studies and successful models of cultural organizing and cultural strategy.

Other sessions: Free your Ass: Defining and Creating a Progressive Sexual Culture, Art is a Hammer: Reshaping the Narrative Through Cultural Interventions 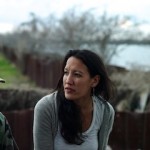 Deyden understands the power of music: As a young Tibetan, she saw millions learn about her country while working on the Tibetan Freedom Concerts with the Beastie Boys. Today, she designs programs and strategies for artists’ social change work at Air Traffic Control, a nonprofit providing activist and philanthropic support to musicians. Her work includes producing artist activism retreats and fact finding trips for national musicians to learn and more closely connect to the issues they are passionate about, as well as how to be more effective in their activism and philanthropy work.

jose has never met a codebase he could not wrangle. His love affair with code started the day he brought home his Commodore 64 from Toys R Us and taught himself BASIC. In the 20 years since, he has become an expert in web, database, and server systems, especially when they hack at the intersection of race, art + politics.