Culture is the realm of ideas, images and stories; it is where people make sense of the world and where they find meaning and forge community. History shows that when the culture changes, politics follows. Culture can reach audiences beyond the bounds of what community organizing and policy-based organizing can do. While the media is laced with myths, stereotypes and misrepresentation of grassroots movements, cultural interventions can play a key role in pushing forward stories that help shift the public debate. A growing movement of artists around the country are using cultural tools to fight economic inequality, corporations, banks and anti-migrant hate. In this session, artist-activists, writers, cultural leaders and creative institutions will discuss models for connecting artists to movements for social change.

Other sessions: The Worst Immigration Law in the United States, Liberate Your Ass: Why Sexual Freedom is Key to Fighting the Right

Cloee Cooper organizes with the Center for New Community to expose and resist nativism. Since 2010, she has worked with countless amazing people to find creative ways to both expose the roots of racism endemic to the anti-immigrant movement, and highlight the ways in which people subvert divisive bills and organize resistance. She worked with talented film-makers and organizers to produce the documentary films “A Look Inside SB1070”, “Bernard’s Story”, and “Undivided”. 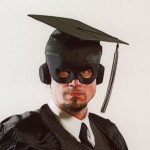 Gan Golan is a NY Times bestselling author, artist and agitator. His books include the smash hit ‘Goodnight Bush’ and the critically-acclaimed ‘The Adventures of Unemployed Man’. His next book ‘Don’t Let the Republican Drive The Bus’ comes out in Fall. As an artist, he has designed Rock Music posters for Erykah Badu, Queen Latifah, Willie Nelson, Nick Cave and Henry Rollins. His Ben Harper poster is considered one of the greatest music posters of all time. Recently he founded two totally fake sports teams ‘The Corporate Tax Dodgers’ and ‘The 99ers’ and was featured on Democracy Now! He is currently the co-director of ArtIsMyOccupation, an arts organization which transfers resources to artists creating work on the front lines of the struggle for Economic Justice. He has recently moved from California to NY after getting his dream job on Wall Street: occupying it.

Betsy Theobald Richards is the Creative Fellow at The Opportunity Agenda, a progressive policy and communications organization in New York City. She serves as the thought leader for the organization’s work at the intersection of arts & social justice. Formerly she was a Program Officer at the Ford Foundation where she focused on Indigenous and place-based cultural communities. For the past twenty-five years, Betsy, who is also a theater artist and producer, has focused on advancing Native American and other under-served voices in the arts. She is an enrolled member of the Cherokee Nation of Oklahoma and a graduate of the Yale School of Drama.