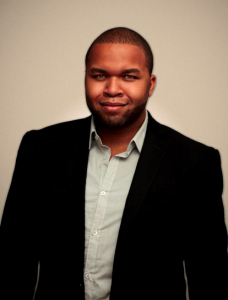 Derrick Clifton is a journalist and communications professional from Chicago, IL, and a contributor to NBC BLK, Quartz, and the Chicago Reader. Derrick identifies as Black, queer, and non-binary, and is committed to elevating perspectives missing from mainstream media narratives. Derrick’s written work, which focuses on the intersections of identity, culture, and politics, has also appeared at the Guardian, Mic, Everyday Feminism, Daily Dot, Ravishly, Windy City Times, and various other publications. Derrick has also discussed various racial and gender justice issues on MSNBC, HLN, and various NPR affiliates. Derrick holds a B.Sc. from Northwestern University in Communication Studies, with concentrations in Gender Studies and Political Science, and attended Northwestern as a Point Foundation Scholar. Derrick also holds a M.S. from Northwestern’s Medill School of Journalism.