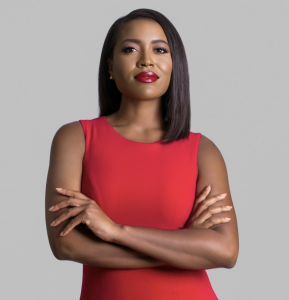 Named to EBONY Magazine’s “Power 100” list of influential African Americans and PRWeek’s “40 Under 40” list, Alencia Johnson sits at the intersection of social justice and culture change. She is a social impact, brand engagement and communications strategist with corporate, political and non-profit experience and is a highly sought after cultural commentator and advisor. As the Chief Impact Officer and Founder of 1063 West Broad -- a social impact agency specializing in the intersection of culture, impact and purpose -- Alencia connects brands, organizations and people to mission driven solutions. Alencia has cultivated over a decade of experience fluidly marrying the cornerstones of our culture -- activism, politics, corporate and entertainment -- together to address the most pressing issues today. She was the National Director of Public Engagement for Senator Elizabeth Warren’s presidential campaign -- managing strategic rollouts of Senator Warren’s policy proposals utilizing media strategies, surrogate endorsements and in-person events. Prior to that, she spent six years at Planned Parenthood Federation of America and the Planned Parenthood Action Fund, where she engaged political, media, entertainment and corporate organizations and influencers to shift mainstream culture with positive, inclusive and factual perceptions of gender equity, women’s rights and reproductive freedom. Alencia also created Planned Parenthood’s constituency communications department, responsible for national communication campaigns engaging new audiences. And she developed communication strategies for Planned Parenthood Action Fund’s endorsement and coordinated campaign work for Secretary Hillary Clinton’s presidential campaign.