Virtual Events in an IRL World

Virtual Events in an IRL World

Last year, campaigns shifted in-person events like fundraisers, volunteer trainings, and rallies to virtual settings. As we move back to IRL, we can’t ignore the strengths of virtual events. Virtual and hybrid events can raise money live from a broader audience, can be more inclusive, allow for more participation, and create high-energy viral moments that deliver for campaigns. The video teams behind some of the biggest success stories in live streams and virtual events will discuss the features of virtual and hybrid events that make them keepers. 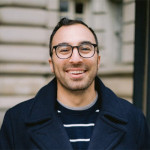 Jordan (he/him) is the head of sales and partnerships for Hovercast, which makes a platform for interactive live streams and virtual events. He has served as a digital director and consultant for dozens of Democratic campaigns and organizations through #voteprochoice and Leadership for Educational Equity. Jordan lives in Los Angeles, CA with his wife, Jeanne, and dog, Carla. 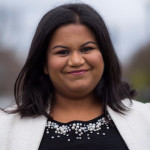 Shasti Conrad is a versatile strategist and thought leader with a broad range of political, policy and operations experience within government at all levels and throughout the private and non-profit sectors. She launched her own consulting firm in 2016 to support government, campaign, and business clients looking to better our world.

Shasti served President Barack Obama as a senior staff assistant in the White House, and a briefings manager on the 2012 campaign, leading the preparation of daily briefing materials on all campaign events, meetings, calls and political background for the President, First Lady and Vice President.

She served on the National Advance team for the Senator Bernie Sanders 2016 presidential campaign, and later as political director on Jim Barksdale’s campaign for US Senate in Georgia. For the 2020 election cycle, Shasti was the National Director of Surrogates for the Bernie Sanders campaign, recruiting and deploying over 250 celebrities, influencers, policy experts, musicians, and activists across the country.

In December 2018, Shasti was elected the Chair of the King County Democrats, making her the first woman of color chair in the org’s history. Previously, Shasti was the State Committeewoman for the 37th Legislative District in Washington State, 1st Vice Chair of the King County Democrats, and Elections Committee Co-Chair for the Washington State Democrats. Shasti received her B.A. in Sociology and International Studies with Honors from Seattle University, and her Master’s in Public Affairs and International Development at Princeton University.

Chuck Engel [he / him] is a digital practitioner and multimedia specialist with senior-level campaign experience. Chuck has been with Wisconsin Democrats since 2018, where he oversees the org’s email fundraising program, web development initiatives, and multimedia production for social media, digital advertising, traditional fundraising and grassroots livestream events.

Albert is an award-winning director and producer specializing in live content and broadcast news. He has a journalism background covering politics in the US and Europe in both English and Spanish for several TV and radio stations. Albert’s experience as a technical director led him to produce live graphics for major sporting events including the MLB World Series and the World Rugby Championship.

At act.tv, he is a field producer and show director, working together with the production team to create all kinds of multi-camera live content.