Organizing for Victory: Fighting for Healthcare for All in New York

Organizing for Victory: Fighting for Healthcare for All in New York

New York is closer than any state to passing legislation for universal single-payer healthcare. This is largely due to coordinated, intentional and sustained statewide basebuilding paired with consistent gains for progressives winning elected office. We’ll examine the campaign for universal single-payer healthcare in New York and nationally, discuss what is working and what needs improvement — and propose a path forward for building power to win this core progressive political demand. 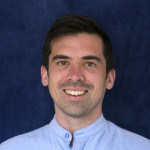 YuLing Koh Hsu uses she or they pronouns and lives on Canarsie and Munsee Lenape land colonized as Brooklyn NYC. She is a Taiwanese-American daughter of immigrants born and raised in Cleveland, OH. She came to New York for college, worked in newspapers, helped grow the Momofuku restaurant empire, and arranged flowers at the White House. In 2016, she became radicalized around single-payer healthcare as a racial and economic justice issue. She became Interim Executive Director and then Director of Special Projects for Physicians for a National Health Program – NY Metro. She is currently Co-Director of the Campaign for NY Health and is on the Coordinating Committee of the New York State Poor People’s Campaign.