Reggie Thedford is a passionate and dedicated political strategist serving as the Deputy Political Director for Stand Up America. His passion for democracy reform was enhanced while in law school at the University of Wisconsin-Madison. While in law school he published an article in the Indiana Journal of Law & Social Equality entitled, “Ex-Felon Disenfranchisement and the Fifteenth Amendment: A Constitutional Challenge to Post-Sentence Disenfranchisement.” After graduating he worked as a freelance policy consultant and lobbyist for mission driven organizations such as Planned Parenthood Advocates of Wisconsin and Together Wisconsin.

Chicago community organizer and political strategist. Chicago Votes is my home, serving as their Deputy Director. We drafted and now are advocating for legislation to end prison slave labor, making sure people with prior felonies can serve on a jury, and voting in prison.

Most of my time is spent protecting and expanding voting rights. This includes extensive civic programming and legislative implementation inside jails and prisons. The win’s created from the Unlock Civics program sparked a rapid national movement protecting civil rights and voting rights for people inside jails – spreading to over 30 detention facilities since 2018. The legislation I co-drafted, SB2090, turns Cook County Jail into the first jail in the country, that is an official polling location. Another historic squad win is passing the “Re-entering Citizen’s Civics Education Act” requiring anyone leaving prison to receive three, 90 minute peer-taught civics classes. We helped create the curriculum ensuring people leaving prison understand their voting rights, history of voting, and receive a voter registration form.

I have worked with several organizations on the legalization of cannabis, reducing stop and frisk (The STOP Act), #ByeAnita, Say Her Name, Black Lives Matter and the Fight for 15, while serving on the boards of Parole Illinois, Chasing23 and Bring Your Bag Chicago. I humbly received two major professional awards, one from MTV as a “Leader for Change” and the Barbara Jordan Award for excellence in judicial advocacy and education from Judicial Accountability PAC.

Some of my current organizing focuses on building a more diverse, quality judiciary. This involves the creation and distribution of 500,000 judicial voter guides each election cycle and launching a new court watching program at Chicago Votes.

My mission in life is to find the balance between adventures, traveling, and politics while encouraging other women to bring their “full selves” to the table. 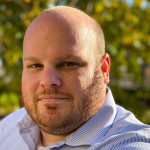 Zach Winston serves as Oregon Justice Resource Center’s Policy Director. Previously, Zach worked in private practice as a criminal defense attorney. Most recently, he worked at the Pathfinder Network’s Center for Family Success as a Family Advocate/Facilitator, where he facilitated groups for justice-involved parents and advocated for marginalized individuals. Zach is formerly incarcerated and uses his firsthand experiences to inform his work around criminal justice reform. Zach holds a B.S. from Western Connecticut State University and a J.D. from Lewis and Clark Law School.