The Power of Women Voters Rising

The Power of Women Voters Rising

It’s an understatement to say that 2020 is a critical year for our democracy and for each of us. In response, women are rising, organizing, working together, and preparing to get out the vote in unprecedented ways. Hear from leaders in the movement about proven-effective tactics being deployed this year for increasing voter engagement and persuasion in 2020; how others can strategically join this movement to win; why it’s critical to center racial justice, gender justice and economic justice in all the work; and what policies are igniting women voters and need to be moved forward.

Alicia serves as the Strategy & Partnerships Director for the National Domestic Workers Alliance, the nation’s premier voice for millions of domestic workers in the United States. She is also the co-founder of Supermajority, a new home for women’s activism. She shares her thoughts on politics and pop culture on her podcast, Lady Don’t Take No. Garza was born and raised in the Bay Area, lives and loves in Oakland, California, and she warns you—hashtags don’t start movements. People do. 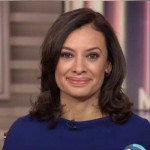 María Teresa Kumar, Voto Latino’s founding president, is an American activist and social entrepreneur and an Emmy-nominated MSNBC contributor seeking to shake up the political process. Leveraging youth, technology, social platforms and influencers, Voto Latino is the largest Latinx voter registration and advocacy organization reaching 29 million monthly in 2020. Under her leadership the organization has won numerous awards for original programming and has registered over 700,000 voters.

Kumar serves on the boards of EMILY’s List and the World Economic Forum’s Global Shapers. She is a WEF Young Global Leader, Council Foreign Relations Life Member and is a member of the National Election Crisis Taskforce and Harvard’s Universal Voting Task Force. She started her career as a Senior Legislative Aide for the Democratic Caucus Chairman.

Ai-jen Poo is an award-winning organizer, author, and a leading voice in the women’s movement. She is the Executive Director of the National Domestic Workers Alliance, Director of Caring Across Generations, Co-Founder of SuperMajority, Co-Host of Sunstorm podcast and a Trustee of the Ford Foundation. Ai-jen is a nationally recognized expert on elder and family care, the future of work, and what’s at stake for women of color. She is the author of the celebrated book, The Age of Dignity: Preparing for the Elder Boom in a Changing America. Follow her at @aijenpoo.

Cecile Richards is a national leader for women’s rights and social and economic justice, and a co-founder of Supermajority — a new organization fighting for gender equity. She is the author of New York Times bestseller Make Trouble. As President of Planned Parenthood Federation of America and Planned Parenthood Action Fund for 12 years, Richards worked to increase affordable access to reproductive health care and to build a healthier and safer world for women and young people. After starting her career as a labor organizer, working with women earning the minimum wage, she went on to start her own grassroots organizations, and later served as Deputy Chief of Staff to House Democratic Leader Nancy Pelosi. In 2011 and 2012, she was named one of TIME Magazine’s 100 Most Influential People in the World. Richards is a frequent speaker and commentator on politics and progressive issues. She and her husband, Kirk Adams, have three children and live in New York City.