As people of color make up a significant portion of the Rising American Electorate, earning their vote will be critical to electing a Democrat to the White House in November. Trump’s campaign realizes this, and as a result, has started targeting men of color by talking about issues like the economy. With many younger Millennial men of color, Trump and his team are using the approach of convincing them to vote third party. This panel will discuss the extent of this problem in the upcoming general election and what can be done to combat these actions by the Trump campaign.

Joshua Estevan Ulibarri is a partner at Lake Research Partners. His issue work covers the progressive spectrum. Known as a leading researcher among his generation of consultants, he is among the best methodologists and moderators in the field and a sought-after Latino voice in progressive politics. He was named AAPC’s 2018 Pollster of the Year, making him the first Latino recipient. Since 2015 he and his team have been the pollsters of record for the VA House Democratic Caucus, and in 2019 the caucus won their first majority in two generations. In 2019 he also polled for Phoenix Mayor Kate Gallego and the IE for Tucson Mayor Regina Romero.

In 2018, he worked with the DCCC IE, resulting in two major victories. The first was successfully defending who The Cook Political Report’s David Wasserman named “the most vulnerable House Dem” this midterm cycle, Representative Tom O’Halleran in Arizona’s 1st Congressional District. The second was Xochitl Torres Small’s impressive win in New Mexico’s 2nd Congressional, where her victory flipped the seat from red to blue. He also worked with the DGA in the election of progressive Latina Governor Michelle Lujan Grisham of New Mexico and for Laura Kelly in Kansas.

Duy Nguyen, in the aftermath of the 2016 political climate, pivoted his career from working with Fortune 500 companies to focus on investment, education, and engagement of Asian Pacific Islander Americans (APIA).

In 2018, Nguyen founded One APIA Nevada, a grassroots, non-profit organization that advocates for policies empowering everyday Asian Pacific Islander Nevadans. As executive director, Nguyen oversees a state-wide operation to educate and galvanize the APIA Nevadan constituency – every year, not just election cycles. In this role, Nguyen helped orchestrate APIA engagement and education in the lead up to the 2018 Midterm elections, which saw APIA voter turnout soar – up 216% from 2014’s midterm elections. Recently in January 2019, Nguyen was appointed to a 4-year term as a Planning Commissioner for Clark County, making him the first APIA person to serve as a County Planning Commissioner in Nevada.

Nguyen is actively volunteering with philanthropic and progressive causes in his local community. He recently joined the board of Institute for Progressive Nevada, which focus on local and state issues in the Silver State and serve as an advisory board member to Leaders in Training, a non-profit organization dedicated to at-risk and underserved youth in navigating their higher education journey. Nguyen holds a Bachelor of Science in Business Management, and a Master of Business Administration (M.B.A.) from the University of Phoenix. 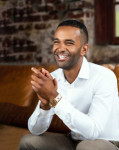 Terrance Woodbury is a founding Partner at HIT Strategies, a public opinion research company that specializes in research and messaging for Millennials/Gen-Z, People of Color, LGBTQ+ and other underrepresented communities. Terrance’s research focuses on people of color and millennials who have become the driving force of rapidly evolving consumer and electoral trends in both the United States and abroad. Terrance has spent the last two cycles as Research Director at Brilliant Corners Research & Strategies where he conducted polling and focus groups for candidates in local, state, national, and international elections and for innovative companies such as Uber and Google. Before spending four years at Brilliant Corners, Terrance worked at the Brookings Institution, where he focused on the impacts of economic and demographic trends that are shaping the fastest-growing urban communities around the world.