What if I told you that boosted posts only reach 16% of Facebook users? Many campaigns, causes and organizations are constantly looking for ways to reach more voters online through paid channels. For many, their first step is boosting posts and it’s easy to see why. For $20, you can see thousands of impressions and reach tens of thousands of people. But, boosted posts are best used as a small part of a much larger social media advertising strategy that, with the right knowhow, will help your campaign be more strategic, reach more voters, and turn more people out to vote. Move beyond the boosted post with this session.

This training is ideal for first-time candidates, new campaign staffers, as well as advocates, activists and grassroots organizers.

Emily got her start in politics working on then-Mayor Cory Booker’s Special Senate Election in 2013. When he ran for a full term in 2014, Emily took over the Operations Team, serving as the Director of Operations through his decisive 11-point victory in November 2014. At that point, Emily moved over the Senator Cory Booker’s Senate office, working as his State Scheduler.

She joined the 50+1 team in 2016 as a fundraiser, helping a number of local and state-level candidates raise the resources they needed. In late 2016, she took on significantly larger digital responsibilities, moving over to digital entirely in early 2017.

Since then, Emily has built and run 50+1’s digital team, which includes developing a massive digital advertising program, responsible for placing more than half a million dollars worth of ads in the 2018 Primary Election alone.

Emily graduated from Trinity College in Hartford, Connecticut. She was born and raised in New Jersey, which is also the birthplace of icons such as Bruce Springsteen, Frank Sinatra, Meryl Streep, and canned soup.

Other sessions: Creative Digital Advertising for Advocacy and Politics 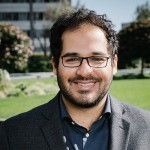 Salim Zymet is a digital strategist with nearly 10 years of experience who has helped manage multi-million dollar ad buys and raised millions of dollars online for progressive candidates and causes. He most recently worked at Crowdpac as the Director of Engagement and Marketing, a startup that helps political candidates raise money online.

In 2016, as Digital Director for Hillary Clinton in Ohio, he managed a team of 9 staff and 5 full-time fellows that amassed millions of social media views, nearly 100,000 social media followers, 52,000 online volunteer shifts and 175,000 online event RSVPs within the 6 months of the coordinated campaign. Before that, Salim was the Digital Engagement Director at AirbnbNYC, managing a team of 6. Prior to AirbnbNYC, Salim managed a team of consultants and 3 staff that raised hundreds of thousands of dollars and engaged hundreds of thousands of Iowans online for Bruce Braley’s senate race in 2014.

In 2013, Salim was a Digital Advisor to the Secretary of Health and Human Services (HHS) during the Affordable Care Act’s first period of open enrollment, where he managed a $750,000 online ads budget. Salim got his start in politics on the Obama 2012 campaign, where he served as a digital organizer in Southern California and Chicago in 2011. In 2012, he served as the deputy digital director in Ohio.

Salim is a UCLA alumnus with a degree in Political Science and a minor in Civic Engagement, and in his free time loves learning how to play the guitar, seeking out the best Mac and Cheese around town, and exploring nature through skiing, rafting, and hiking.