Tearing Down Cages: How We Divest from the ICE Police State and Invest in Thriving Communities

Tearing Down Cages: How We Divest from the ICE Police State and Invest in Thriving Communities

The devastating human toll of immigration raids, detentions and deportations have gained long overdue attention in the Trump era. While immigration enforcement has grown dramatically under this administration, the concept of a police force for the targeting and jailing of immigrants for civil offenses is a relatively new one that has boomed over the past 15 years. We’ll explore the ways in which current and past administrations have pitted communities against each other to justify the mass incarceration of immigrants and how we can reverse course by sharing a just—and achievable—vision to divest the billions of dollars that go into policing and criminalizing immigrants and invest in fully integrating all of our community members. 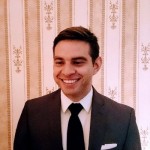 Angel Padilla previously served as health policy analyst at the National Immigration Law Center, and Legislative Assistant for Congressman Luis Gutiérrez (D-IL), advising on issues related to health care and the Affordable Care Act. He holds a Bachelor of Arts from University of California at Berkeley and a Master in Public Affairs from the Woodrow Wilson School of Public and International Affairs at Princeton University.

Born and raised in Cochabamba (Bolivia), Juan Manuel Guzman struggled to cross the borders of Guatemala, Mexico and the United States with his five-year-old nephew in late 2005. Since then, he has been part of a vibrant community in the Metropolitan Area of Washington D.C. where he lived and worked alongside other immigrants. Deeply affected by his reality, he resolved to do everything he could to learn English and go to college, yet it was the extreme xenophobic rhetoric used by Donald Trump during the presidential elections of 2016 that made Juan Manuel come out of the shadows and join the immigrant youth movement. Since then, he has been fighting anti-immigrant policies and practices of the Trump administration serving as the Advocacy and Policy Manager for United We Dream, the largest immigrant youth-led network in the country.

Juan Manuel graduated with an A.A. Degree from Montgomery College and transferred to University of Baltimore. A passionate observer of politics and international affairs, he enrolled at Georgetown University where he obtained a M.A. in Latin American Studies and a Certificate in Diplomatic Studies.

Mary is responsible for leading DWN’s research, policy analysis, legal and congressional and administrative advocacy in strategic ways to dismantle the US’s detention industry. She also helps anchor the #DefundHate campaign (defundhatenow.org). Mary loves doing policy work that is informed by and accountable to the deep and rich expertise of the entire Network. Outside of work and true to her southern roots, Mary’s basic motto is: Love people; cook them tasty food. She also enjoys hiking, backpacking, and generally getting away from her computer screen.

Other sessions: Freedom of Information! FOIA as a Grassroots Advocacy Tool