How Women, People of Color, and Millennials are Reshaping Rural Politics

How Women, People of Color, and Millennials are Reshaping Rural Politics

As we saw during the 2018 midterms, progressives still have a lot of work to do in small towns and rural communities. And with Donald Trump on the ballot in 2020, Democrats will have to invest in rural voters across the country to take back the White House. During our panel, we’ll hear from organizers working on the front lines in small towns and rural areas about how women, people of color, and millennials are reshaping politics in their communities and discuss strategies for progressive engagement in non-metro areas.

Francys Johnson, a noted civil rights lawyer, pastor, and professor, is a committed progressive and public servant who has spent his life advocating for real solutions that will expand opportunity for all Americans.

Francys’ entrance into politics is indicative of his life’s work: found in the command of Micah 6:8 to love mercy, do justice, and walk humbly. He recently won the Democratic nomination for Georgia’s 12th Congressional District winning all 19 counties and 240 of 243 precincts. Francys has proven to be an outspoken champion for constitutional liberties. As a fierce advocate for government accountability, Francys will work tirelessly to make Government work for working people in Dublin, Douglas, Millen, Metter, Waynesboro or Washington, D.C.

Founded in 1944, NCAI is the oldest, largest and most representative American Indian and Alaska Native organization serving the broad interests of tribal governments and communities. As a non-partisan, non-profit organization, NCAI has developed longstanding civic engagement initiatives, such as Native Vote and Indian Country Counts (Census), which reach across Indian Country.

Newark Councilmember Jeremy Blake has spent more than twenty years in service to others as a volunteer in the community, communications consultant, Ohio Senate staff member, Newark City School Board President and community organizer.

After graduating from Newark High School in 1996, Jeremy attended Denison University in Granville, Ohio but his passion for public service took him away from his academic journey. He went on to become a full time staff member with the Ohio Senate serving the Democratic Caucus for ten years. His first attempt at elected office occurred in 1999 for a city council seat in Newark, Ohio. While winning the Democratic primary election, he lost the general election by a slim margin. In 2000, Jeremy was appointed to the Newark City School Board to fill a vacancy and won a four year term the following year in the general election.

Promoting and advocating for public education was an ongoing effort during Jeremy’s tenure on the school board. Many issue advocacy campaigns were organized to support the school system. The Newark community successfully supported a bond issue to build and renovate school buildings; approval was won for an income tax renewal and a permanent improvement renewal received endorsement by the voters.

He returned to Denison University in 2006 to work as a computer technician in the Information Technology Services Department. His existing title is Desktop Support Specialist. As a full time employee of Denison, Jeremy took advantage of the employee tuition benefit program and graduated in 2012 with a B.A. in Economics.

He currently serves as a member of Newark City Council from the 2nd Ward and has been an outspoken opponent of poverty and an advocate for early childhood education, jobs, collective bargaining, mental health services, peer support addiction services, LGBTQ civil rights, voting rights and improving neighborhoods. Councilmember Blake has served as chair of the Finance Committee and chair of the Economic Development Committee. His current city council leadership post is chair of the Rules Committee.

Paolo Cremidis is the New York State Young Democrats Rural Caucus Chair. Hailing from Chemung County, Paolo has been involved in red to blue politics since the age of sixteen working multiple democratic campaigns across upstate New York. As the first chair who took over from a five year vacancy, the caucus has expanded from three chapters to 23 countywide chapters across upstate New York. Whether its working to elect Democrats to the Dutchess County Legislature, or Village Mayors in Chemung county, or Democrats to the Troy City Council in Rennsaelaer county, the rural caucus has been working to mobilize rural young democrats. Paolo has previous experience working on the hill, as well as helping to elect over 180 local elected Democrats across upstate New York since taking charge of the Rural Caucus in 2015. Paolo is currently working on flipping several county legislatures in Upstate New York, while also helping to build the momentum to help elect more rural Democrats to join the State Senate Democratic Majority in 2020. 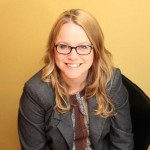 Susan Kroger is the Co-Founder and Co-Chair of the Board of Directors for LEAD South Dakota, an organization that seeks to mobilize the rural movement in order to elect more progressives to state office. Susan has 15 years of nonprofit experience and has served in leadership positions in several organizations in South Dakota. She holds a PhD in Rural Sociology from South Dakota State University with an emphasis in gender and policy. She spent a decade working as a therapist for young mothers and families.

Susan enjoys helping nonprofits get off the ground and has consulted with several local organizations on development and strategic planning. Her research interests include gender & policy and the use of social media to mobilize social movements.