Putting the ALL in Medicare For All: Eliminating Minority Health Disparities as We Build Health Justice

Putting the ALL in Medicare For All: Eliminating Minority Health Disparities as We Build Health Justice

The individual and collective health of minority communities struggle with the inequities, inefficiencies, and injustices of American health care. Some health disparities have improved with the Affordable Care Act while others have persisted or worsened. As progressives build the groundwork for Medicare for All, how do we engage minority communities who have been overlooked or under-prioritized by American health care? How do we build enthusiasm for reducing health inequities? Our panel of public health experts, physician activists, and community organizers want to prioritize health justice in progressive movements building Medicare for All. 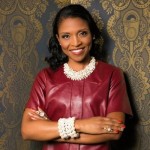 I’m a mompreneur, pediatrician, and staunch advocate for children, working on policies, technology, and programs to help every child reach her full health potential!

Jean Ross is an acute-care nurse and member of the National Nurses United Council of Presidents.

A passionate advocate for social justice, Ross grew up in the suburbs of Minneapolis, Minn. and worked at the same medical center, Fairview Southdale Hospital, for 35 years. She became active in the Minnesota Nurses Association in the wake of a historic nurses strike in 1984, when 6,000 Twin Cities-area nurses took to the picket line to defend seniority rights.

Ross went on to hold the position of chief steward at her hospital for 20 years. In 2001, she helped lead a strike of Fairview nurses that achieved landmark contract language allowing nurses to close a unit to new patients when it was too understaffed for them to provide safe care.

She used her positions as chair of the MNA’s Economic and General Welfare Commission (1997–2001) and director on the United American Nurses Executive Council (2002–2006) to build support for organizing nurses around the country. In 2006, Ross became secretary-treasurer of UAN, an office she held through 2009. She played a key role in bringing together UAN nurses with their colleagues in the Massachusetts Nurses Association and California Nurses Association/National Nurses Organizing Committee to form National Nurses United in 2009.
Ross has also served as a board delegate for the Coalition of Labor Union Women.

She holds a BSN from the College of Saint Teresa.

National Nurses United is the country’s largest union and professional organization of registered nurses, with more than 150,000 members nationwide.