The New Digital Mercenaries: Harnessing the Power of Volunteers to Win Elections

The New Digital Mercenaries: Harnessing the Power of Volunteers to Win Elections

The rise of effective online collaboration tools like Slack, peer-to-peer texting platforms, and an energized cadre of activists means that mass deployment of voter outreach operations can be organized and executed with lightning speed while “flattening” the information hierarchy of traditional campaigns. The effect of this is that meaningfully volunteering for an exciting election campaign, either near-to-home or far-flung, is more convenient and accessible than ever. Translating this energy into both online and offline actions can transform many races and mean the difference between win or lose. This panel will offer some ways to make meaningful impact in the electoral setting and offer some new experiments into the ways we can organize with volunteers leading the way toward engaging, large-scale, and creative ways to win. 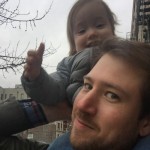 WFP Staffer for 8 years, working in a variety of capacities including issue & electoral campaigns, fundraising, and recently helping to build a distributed network of rookie and seasoned activists under the ResistHere.org project banner. In 2017, as part of the WFP Progressive Heroes Project, this growing distributed network contacted hundreds of thousands of voters, volunteers, and played a central role in winning dozens of exciting races. This year, the #WFP4theMany project is running a similar, but expanded program to reach more than one million voters to support WFP candidates nationwide.

Gabby joined the MoveOn team in 2016 to help build the organization’s Field Network. She’s currently serving as Regional Organizing Director for the 2018 Resist & Win program in the Western region.

Allie is the Associate Organizing Director, Digital at Indivisible, a national organization supporting a grassroots movement of local groups to defeat the Trump agenda, elect progressive leaders, and realize bold progressive policies. Prior to this role, she has spent nearly a decade working in digital communications, fundraising and organizing for progressive nonprofits and campaigns.

Frustrated by call time and motivated by a new way of engaging in government, Elizabeth was moved to start Open Progress. Among her many duties is leadership of the Text Troop, a volunteer force of nearly 2500 individuals across America who text for partisan and non-partisan programs alike in the progressive movement.