1.4 million people in Florida are permanently excluded from voting because of a past felony conviction. Florida is one of only four states with a lifetime ban on voting. It’s past time to return the eligibility to vote to Floridians who have already completed their sentence. These are our family members, friends, and neighbors who have earned back the opportunity to participate in and give back to their communities. Join us for a panel about Second Chances Florida – the ballot initiative in Florida that could restore the eligibility to vote to 1.4 million people – and learn what we can do nationwide to ensure this essential initiative wins in November. 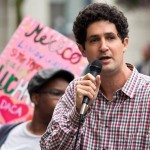 Jonah Minkoff-Zern is Co-director of Public Citizen’s Democracy Is For People campaign working to build a national movement for our democracy. In this role, he has worked to build national momentum for a constitutional amendment to overturn Citizens United, helped mobilize thousands for Democracy Awakening and co-founded the Trump Is Not Above the Law network. He is currently acting as the national coalition coordinator for the Second Chances Florida campaign. He is a long time organizer who has co-founded numerous organizations, including Education Not Incarceration, which conducted grassroots organizing nationally to prevent students from being pushed out of the education system and into the prison system. He completed law school at Golden Gate School of Law in San Francisco.

Reggie is an internationally recognized yoga and meditation teacher and the founder/chief serving officer of Active Peace Yoga. His yoga and meditation practice have served as a sanctuary of peace and perspective while navigating the stresses of being a black man in the world and serving in pressure filled jobs at the height of politics. He began his contemplative practices under extreme emotional distress at work and now works with all walks of life in service to helping people navigate this thing called life with more truth, grace, peace and ease.

Through Active Peace Yoga, he offers guidance, teaching and tools/techniques to help others nurture peace of mind, creativity, equanimity in spirit and physical health – helping people commit to well-being as foundational, rather than an afterthought. Reggie has taught Members of Congress, Congressional Staff, major labor unions, educational institutions, leading progressive organizations and individuals from all walks of life – simple tools for managing stress and bringing peace to mind, body and spirit.

Reggie has held many senior strategic and logistical roles across a variety of fields, ranging from global marketing, digital and community organizing, government relations, international education to Presidential campaigning (Kerry/Edwards 2004, 2008 Dem Convention, Bernie Sanders 2016). He recently served as the Congressional Liaison and senior political strategist for MoveOn, managing their relationships, impact and communications with Capitol Hill from 2017 to 2021. While at MoveOn, he played significant roles in the impeachment process as well as bridging the gap between political strategy and connecting grassroots leaders with elected officials. He has spent most of the last two decades at the forefront of social change at the grassroots level and now advises grassroots organizations on how to effectively campaign and take care of themselves in the process.

In addition to his political work and deep study of yoga and meditation, Reggie has authored a thesis entitled, “Yoga and Spiritual Activism: Serving Humanity from a Sense of Devotion and Love.” as part of his studies, which articulates much of his teaching philosophy.

Reggie’s life work sits at the intersection of bringing more peace and balance to activists; guiding the wellness community toward being more engaged, concerned citizens; and, enhancing the well-being of all walks of life. Achieving this balance is how we catalyze transformative change in our society, which we are desperately in need of at this moment.

Reggie received a B.A. in philosophy from Yale University and an MBA in international strategy from the Vlerick Business School in Belgium.

Myrna Pérez is Deputy Director of the Brennan Center’s Democracy Program and leader of the Center’s Voting Rights and Elections project. An expert on voting rights and election administration, she is the author of several nationally recognized reports and articles, including Election Day Long Lines: Resource Allocation (Sept. 2014) and If Section 5 Falls: New Voting Implications (June 2013). Her work has been featured in media outlets across the country, including The New York Times, The Wall Street Journal, MSNBC, and others. She has testified before several state legislatures on a variety of voting rights related issues. She is a lecturer-in-law at Columbia Law School and has also served as an Adjunct Professor of Clinical Law at NYU School of Law.

Prior to joining the Brennan Center, Ms. Pérez was the Civil Rights Fellow at Relman, Dane & Colfax, a civil rights law firm in Washington, D.C. She graduated from Columbia Law School, where she was a Lowenstein Public Interest Fellow. Following law school, Ms. Pérez clerked for the Hon. Anita B. Brody of the United States District Court for the Eastern District of Pennsylvania and for the Hon. Julio M. Fuentes of the United States Court of Appeals for the Third Circuit. She previously served as the Chair of the Election Law Committee of the City of New York Bar Association. Ms. Pérez is the recipient of several awards, including the Puerto Rican Bar Association Award for Excellence in Academia, the New Jersey League of Women Voters “Making Democracy Work” award, and was named one of 2014’s 50 Hispanic Influentials by Hispanic Business.

Ms. Pérez earned her undergraduate degree in Political Science from Yale University. She obtained a master’s degree in public policy from Harvard University’s Kennedy School of Government, where she was the recipient of the Robert F. Kennedy Award for Excellence in Public Service. Prior to law school, she was a Presidential Management Fellow, serving as a policy analyst for the United States Government Accounting Office on a range of issues, including housing and health care.

Other sessions: Progressive While Black in 2018 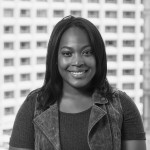 Shaneice Simmons is Rock the Vote’s Associate Director of Civic Engagement and a leading advocate for the power of young people. She oversees and builds all strategic partnerships with other nonprofit organizations, developing collaborative opportunities to increase youth civic engagement and empower the next generation of voters. Prior to joining Rock the Vote over two years ago, Shaneice worked in marketing and advertising, developing initiatives for both online and in-person activations for brands such as Coca-Cola. Shaneice received her B.A. in Communications, with a concentration in Public Relations, from the University of North Carolina at Charlotte.