People-first Persuasion: Rethinking the How and Who of Engagement

People-first Persuasion: Rethinking the How and Who of Engagement

In the wake of the 2016 election, Catalist undertook an expansive, research project that sought to consider voters from a “people first” perspective—without preconceptions—in order to provide the progressive community with a more complete view of the electorate and how to engage with them. Join us for a discussion on how to better ground your content with a more multi-dimensional understanding of what motivates the people you want to be your voters—the substance of their lives and beliefs—and how to design messages and media plans to open conversations with new segments of the electorate.

As Catalist’s Director of Analytics, Christina Coloroso leads development of our analytics products and coordinates projects across departments as well as with our technical, academic, and political partners. Christina’s team of data scientists and analysts utilizes leading statistical and behavioral research in the development of new technologies to empower campaigns of all sizes across the progressive community.

Prior to Catalist, Christina worked at the DCCC for three election cycles, including as Senior Strategist and Head of Analytics for the DCCC IE, and Director of Analytics and Senior Battlefield Advisor to the Chairman for the DCCC’s coordinated-side efforts. Christina has also worked as an pollster, mail consultant, campaign manager, and state party operative.

Christina holds dual Bachelor’s degrees in Political Science and Mass Communications from the University of Utah, and earned her Master’s degree in Political Strategy from Georgetown University.

Amber combines her electoral organizing background with social media and culture as a launching pad to shift culture and conversations while moving people to take action. Amber’s writings on Black women at the intersections of politics, pop culture and the media have been published on Huffington Post, For Harriet and Rewire. She has been featured as a leading voice on Black feminism on The Breakfast Club, ESSENCE and as a regular contributing panelist on Roland Martin’s NewsOne Now. Amber co-hosts and produces the Black Joy Mixtape, a weekly news and politics podcast for and by Black women. Amber is an Ohioan currently living in Washington, DC. 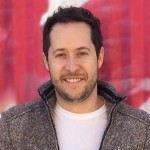 James started Swayable with Valerie Coffman in 2017. Previously he was Executive Director of Digital Strategy at the New York Times, and before that, founding partner at Purpose.com. He comes originally from Australia, and holds a PhD in experimental physics from Cornell. James likes coffee, beaches, and stopping authoritarianism.