Not Today, Satan: Using the Internet to Fight Erasure and Displacement in Asian American Communities

Not Today, Satan: Using the Internet to Fight Erasure and Displacement in Asian American Communities

As the U.S. hurtles through “modernization” and gentrification, it is important that the histories and people at risk of being displaced are preserved for future generations and for their own survival. From the erasure of historical sites of Japanese American incarceration to the gentrification of metropolitan Chinatowns and ethnic enclaves across the nation, Asian American communities are taking matters into our own hands. We’ll share how the Internet fuels our organizing rooted in public memory, multi-media activism and inter-generational learning. We’ll discuss invisibilized histories of resistance, how that is shaping Asian American organizing today, and our vision for the future.

Laura Li is a Campaigner at 18MillionRising.org, a digital first Asian American advocacy organization, where she develops and executes its issue campaigns grounded in local organizing and stories from the margins. She has worked on campaigns ranging from unjust deportation and surveillance to media justice and pop culture, and has spoken about her work on Capitol Hill. Her previous work in teaching and research on race relations within the Asian Diaspora has led her to speak at U.S. and Brazilian universities.

Other sessions: The FCC's War on the Poor

Huiying Bernice Chan is a creative writer, multimedia storyteller, and community organizer from New York City with roots in the Toisanese diaspora. Their writing and organizing centers immigration, gender justice, and anti-displacement work from Chinatown to the border. In 2016, Huiying received a fellowship to travel solo to Chinatowns in eight countries around the world, documenting global stories of migration and resilience across the diaspora. They are currently a racial justice campaigner at Daily Kos through the Kairos Fellowship. After hours, they work closely with The W.O.W. Project and the Asian American Writers’ Workshop.

Nina Wallace is a yonsei (fourth-gen Japanese American) writing, researching, and running her mouth about the histories behind current moments, both online and IRL. She is the Communications Coordinator at Densho, a Seattle-based nonprofit preserving and sharing stories of Japanese American incarceration during WWII through open access digital archives, educational resources, and public dialogue. In her work at Densho and beyond, Nina is passionate about empowering youth leadership and preventing the physical and cultural erasure of historically marginalized communities.

Diane Wong is an Assistant Professor/Faculty Fellow at New York University’s Gallatin School of Individualized Study, where she writes on race, gender, and the gentrification of Chinatowns. As a multimedia storyteller and facilitator, her work is intimately tied to the Asian diaspora and urban immigrant experience. Her current research documents intergenerational resistance to gentrification in New York City, San Francisco, and Boston Chinatowns. Diane also works as a community organizer with groups like CAAAV: Organizing Asian Communities, Chinatown Art Brigade, and The W.O.W. Project. 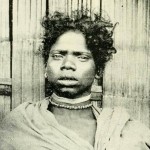 Maari is a Dalit diasporic activist, scientist, and community organizer. She believes in the power of oppressed people to tell their history with autonomy. Trained as a scientist, she believes in the potential for dialectics to build community resistance against oppression, given they are first laid on foundations that account for historical disparities . As Research Director at Equality Labs, she works to create participatory knowledge projects that can counter oppressor-caste and white supremacist modes of historiography. Maari is a co-founder of Dalit History Month and the recipient of the Buddhist Peace Fellowship. Follow her on twitter @maarizwick.