Religious Exemptions and Bathroom Panic: How to Defeat Anti-LGBTQ Legislation in the States

Religious Exemptions and Bathroom Panic: How to Defeat Anti-LGBTQ Legislation in the States

The 2015 Supreme Court decision in favor of marriage equality brought with it a slew of blatantly discriminatory bills against the LGBTQ community from state-to-state. This harmful legislation most frequently includes religious exemption bills and bathroom regulations directly targeting the transgender community. The ultimate goal of these bills is to prevent transgender people from transitioning, or even functioning on a day-to-day basis. In this panel discussion, we will hear from statewide and national advocates and activists on how to address these bills, from messaging and organizing on how to defeat these proposed laws, to strategic responses in states in which these measures passed. We will also discuss where these bills are coming from, and how we are coordinating with organizations to challenge them legally and constitutionally in court.

Jaimie became Board President of the Metro Trans Umbrella Group in 2015, after serving on the board for two years, following the transit in from a 24 year career in the wine and spirits business. She found out that the skills of sales management, business management, presentation and public speaking translate well to the non-profit world. Jaimie routinely facilitates MTUG Trans 101-103 trainings, and speaks at conferences in plenaries, panel discussions, and workshops regarding the intersection of Trans identities, lived experiences, and human rights, as well as advocate through intersectional Trans activism for equality.

She is passionate about Trans/LGBTQIA+ equality, racial justice, and empowering & intersectional feminism.

Kirstin Palovick is the Senior Field Organizer with PROMO, Missouri’s statewide LGBT advocacy organization. During her time at PROMO, Kirstin has worked on improving community education on issues continuing to impact the LGBTQ community, organizing legislative actions, rallies, and lobby days surrounding proposed policies, addressing nondiscrimination protections in local municipalities, and increasing intersectionality awareness throughout the region. As a straight, cisgender ally, Kirstin has spoken to many groups and written several blogs posts on what being an ally to the LGBTQ community entails. Currently, Kirstin is pursuing her Master of Arts in Public Policy at Saint Louis University. You can contact her directly at Kirstin@PROMOonline.org.

Brynn Tannehill is originally from Phoenix, Ariz. She graduated from the Naval Academy with a B.S. in computer science in 1997. She served in the Navy for 10 years over 4 deployments as an aviator. In 2008 Brynn earned a M.S. in Operations Research from the Air Force Institute of Technology and transferred from active duty to the Naval Reserves. In 2008 Brynn began working as a senior defense research scientist in private industry. She left the drilling reserves and began transition in 2010. Since then she has written for The New Civil Rights Movement, Huffington Post, Bilerico, and Salon. She serves on the boards of SPARTA and Equality Ohio

Brynn and her partner of 15 years Janis live in Xenia, Ohio with their three children. 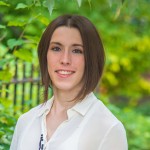 Kayley Whalen is an activist who works at the intersections of racial justice, transgender and queer issues, humanism, disability and drug policy reform. She is the Digital Strategies and Social Media Manager at the National LGBTQ Task Force and Digital Strategy Co-Director at Trans United Fund. She is multi-racial Latina/white. Kayley has a B.A. in English Literature and a minor in Women’s Studies from Swarthmore College. She skated with the DC Rollergirls for five years under the name “Lenore Gore” and her story “Talk Derby To Me” was published in the Lambda award-winning anthology Gender Outlaws the Next Generation. You can follow her on Twitter at @lenoregore (https://twitter.com/lenoregore)

Other sessions: Authentically Engaging with Trans* Leadership in Progressive Organizing