State level races, from state house to county and city offices, reflect the future of the Democratic party. When Ferguson erupted post-Michael Brown, many wondered: why does the city council not look like its community? That same question can be asked nationwide. Electing more people of color, LGBT individuals and progressive women to serve in local and state offices is how we build the party of the future.

Community Organizer for Daily Kos, manager of the Nuts & Bolts of a Democratic Campaign series. A member of the Crowdsourcing the 50 State Strategy Leadership team. Chris serves as a member of the DNC. Chris is a writer, researcher, and assistant for organizations looking to build strong campaigns. 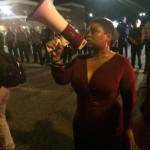 Patricia Bynes is the Democratic Committeewoman of Ferguson Township. She was appointed in 2011 to the position. In 2012 she was elected to be a delegate for the 1st Congressional District for the

She has served on several nonprofit boards to work on issues she is passionate about. She is currently on the Executive Committee for the St. Louis City NAACP, is a former board member of Prison Performing Arts, and a former Board President for the first year-round public school in the city of St. Louis, South City Prep.

Elise Higgins is a lifelong Kansan and graduate of the University of Kansas. She’s the Interim Director of Public Policy and Organizing at Planned Parenthood Great Plains, which encompasses policy, organizing, and electoral work for reproductive rights and sex education in Kansas, Missouri, and Oklahoma. Prior to that, she served at Planned Parenthood and Kansas NOW’s Kansas lobbyist and worked as an organizer for access to affordable primary and dental care. Elise serves on the board of directors of a national youth-led, youth-focused reproductive justice organization, URGE: Unite for Reproductive and Gender Equity, which she’s been part of as a student or board member since 2007.

Former state chair of Equality Kansas, Vice chair of the LGBT caucus of the Kansas Democratic Party and radio host on KKFI in Kansas City. A trans woman in a conservative state, Sandra has been active in the progressive community in the metro Kansas City area and in the state of Kansas, successfully leading the effort to introduce and pass an LGBT non-discrimination ordinance in Roeland Park, KS in 2014 while state chair. Encouraging and organizing participation of marginalized communities in the political process is crucial to building a larger active base of progressive leaders.

Michael Poppa is a councilmember for the City of Roeland Park, Kansas. He was elected in 2015 following a hard won campaign in which the fight for civil rights took center stage. Previously Michael served as the local chapter chair for Equality Kansas, where he helped to introduce and pass an LGBT inclusive nondiscrimination ordinance.

He serves as a member on the House Veterans’ Affairs Committee as well as the House Education and Workforce Committee.