From ‘Saying Abortion Aloud’ to UndocuQueer: A Discussion of Storytelling Genres and Methods

From ‘Saying Abortion Aloud’ to UndocuQueer: A Discussion of Storytelling Genres and Methods

We’ve seen that storytelling can give visibility to the invisible, destigmatize experiences considered controversial, and mobilize social justice movements. Join us as people with diverse identities and experiences discuss their strategies for relating personal stories through art, social media, spoken word, and other genres to achieve innovative activism.

Renee Bracey Sherman, MPA is an award winning reproductive justice activist committed to the visibility of people who have had abortions. The author of Saying Abortion Aloud: Research and Recommendations for Public Abortion Storytellers and Organizations, she is a writer with Echoing Ida, a project of Forward Together that amplifies the voices of Black women around critical social justice issues. Bracey Sherman’s work on abortion storytelling has been featured on BBC, The Guardian, The Washington Post, EBONY, Salon, Fusion, TIME, and The Atlantic. In 2015, she was named one of Planned Parenthood’s 99 Dream Keepers in honor of Black History Month. Bracey Sherman is the Policy Representative at the National Network of Abortion Funds based in Washington, DC. She holds a Master’s degree in Public Administration from Cornell University and currently sits on the board of NARAL Pro-Choice America. Follow her on Twitter at @RBraceySherman.

Other sessions: The Next Supreme Court: 2016 and the Fight for the Soul of Our Constitution

I’m the author of five books on gender and feminism, which are taught in sociology and gender studies programs. In the 1990s I coined the term “slut-bashing”; my most recent book is “I Am Not a Slut: Slut-Shaming in the Age of the Internet.” Over the past two decades, I’ve interviewed hundreds of girls and women labeled “sluts” and “ho’s,” sharing their experiences with their consent to raise awareness about the sexual double standard and the harm it causes. I’m also the editorial director of Planned Parenthood Federation of America, and I work with patients and supporters seeking assistance in shaping and sharing their own stories. I live in New York City. 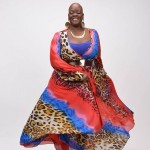 Sonya Renee Taylor is the Founder and Radical Executive Officer of The Body is Not An Apology, an international movement, digital media and education company committed to radical self-love and body empowerment as the foundational tool for social justice and global transformation. Sonya’s work as an award winning Performance Poet, Activist, speaker, and transformational leader continues to have global reach. Sonya continues to perform, speak and facilitate workshops around the world. Visit her at www.sonya-renee.com or www.thebodyisnotanapology.com