Opinion pages and Sunday political talk shows are notorious sausage fests. And trolling, personal attacks and threats abound for those outside that demographic who take to the Internet to share their perspectives. The result is a severe lack of diversity among columnists and commentators, creating an echo chamber that systematically invalidates the perspectives of women and other marginalized groups less likely to speak up (or to have opportunities to speak up) and be heard. This creates an impoverished democracy in which many ideas go unvoiced, unheard and undebated. Using opinion writing and television commentary as a starting point, we’ll explore whose ideas drive our public discourse—ultimately shaping the way our history is written—and how our understanding of the world suffers when a wide range of perspectives is missing from the media debate.

Alisa has been backstage or calling the plenaries for Netroots Nation since it was Daily Kos, in Vegas. The rest of the year, she is an associate professor in public speaking, at Hostos Community College, which is in the South Bronx. After completing her PhD, focusing on political satire, she has published various pieces on the nexus of popular culture and political commentary. 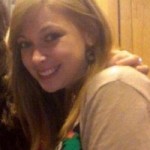 Wagatwe Wanjuki is a national speaker on issues of activism, rape culture, feminism, gender, and racial justice who utilizes her personal narrative as a sexual assault survivor in her activism and writing. She successfully used storytelling during Know Your IX’s ED ACT NOW campaign to spur the creation of the White House Task Force to Protect Students from Sexual Assault. Her social media successes include creating conversations around sexual violence by creating hashtags like #SurvivorPrivilege and #TheresNoPerfectVictim. Her writing has appeared in outlets including Mic, ESSENCE magazine, American Prospect, and The New York Times. She currently serves as a staff writer for Upworthy.

Other sessions: Do Details Matter? Why and How We Sanitize Our Stories

Jamia Wilson is a feminist media activist and storyteller. Wilson is the executive director of Women, Action & the Media, and a staff writer at Rookie Magazine. Her words and works have been featured in and on ABC, Alternet, CBS News, Forbes.com, Fox.com, GOOD Magazine, New York Magazine, GRIT TV, In These Times, Ms. Magazine, The Today Show, The Washington Post, Huff Po Live, The New York Times and more. Jamia serves on the Omega Institute, Groundswell Fund, and Feminist.com Boards of Directors.

Other sessions: Transformative Change: Building Power from the Inside Out