How the Web was Won: The Battle for Net Neutrality

How the Web was Won: The Battle for Net Neutrality

In March 2014, the Federal Communications Commission proposed to let internet service providers like Verizon and Comcast create private fast lanes on the Internet, threatening to leave the majority behind in the slow lane. This threatened freedom of speech and the future of organizing. Facing one of the most powerful lobby groups in Washington, a wide-ranging coalition of media and Internet advocates, civil rights organizations, grassroots organizers, academics, main street businesses and everyday Internet users fought back and won. The coalition pressured the FCC, Obama administration and Congress to reverse course on net neutrality through millions of public comments on the proposed rules, traditional advocacy, events throughout the country and online actions. This panel will highlight lessons learned from the battle for net neutrality, which culminated in a February 2015 decision to adopt rules that will preserve the open Internet for all. 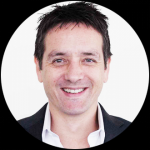 Craig Aaron is the president and CEO of Free Press (www.freepress.net), a national, nonpartisan nonprofit group devoted to changing media and technology policy, promoting the public interest, and strengthening democracy. He speaks across the country on media, Internet and journalism issues. Craig is a frequent guest on TV and talk radio and is quoted often in the national press. His commentaries appear regularly in the The Huffington Post, and he has written for The Daily Beast, The Guardian, The Hill, Politico, The Progressive, the Seattle Times, Slate and many others. Before joining Free Press, he was an investigative reporter for Public Citizen’s Congress Watch and the managing editor of In These Times magazine. He is the editor of two books, Appeal to Reason: 25 Years of In These Times and Changing Media: Public Interest Policies for the Digital Age. Follow him on Twitter @notaaroncraig.

Malkia A. Cyril is the founder and Executive Director of the Center for Media Justice (CMJ), and co-founder of the Media Action Grassroots Network. With a mission to build a racial justice movement for communication access, rights, and representation, CMJ has effectively mobilized racial justice strategies for media reform for over five years. Malkia’s award-winning work has empowered local social justice leaders and organizations with the skills and strategies they need to navigate the complex media environment of the 21st century. Appearances include News for All the People: the Epic Story of Race and the American Media, the New York Times, Politico, Huffington Post, Media Matters, Democracy Now, Essence Magazine, Village Voice, the Advocate, the SF Chronicle and documentaries including Outfoxed, Broadcast Blues, and MissRepresentation. – See more at: http://centerformediajustice.org/about/staff/#sthash.13ltFKhQ.dpuf

Mr. Scurato is the policy director for the National Hispanic Media Coalition (NHMC). He joined NHMC’s Washington, D.C. policy team in 2010 after completing a fellowship with the organization. During his time at NHMC, he has worked on a host of media and telecommunications issues including media ownership, broadband access and adoption, preserving an open Internet, spectrum policy, hate speech and negative media stereotypes, and competition policy.

Mr. Scurato earned his J.D. from Georgetown University Law Center and his B.A. in political science from New York University. He is currently licensed to practice in New York and the District of Columbia.