Building a Pipeline of Digital Talent

Building a Pipeline of Digital Talent

2016 will bring not only a presidential contest but many other fights, from winning back control of the Senate to policy advocacy and state ballot initiatives. Progressives need a pipeline of strong digital talent who can staff all levels of these campaigns if we are to scale the lessons of past winning campaigns down our ballot. Join us for a conversation on how we can better provide campaigns with good staff while also providing a diverse group of progressives with opportunities to enter into this rewarding career.

After more than a decade of working in progressive organizing, Robyn Swirling founded Works in Progress to build safer and more equitable workplaces across our movement through campaigning, researching, and providing technical assistance to progressive organizations and companies. Robyn has worked within the progressive movement as an organizer, communicator, trainer, and storyteller, including roles with the National Education Association, Action Network, Advocates for Youth, and several electoral campaigns. Robyn is committed to ending the stigma associated with women’s experiences and bodies, in particular, and writes and speaks frequently regarding sexual assault, abortion, and physical manifestations of trauma. 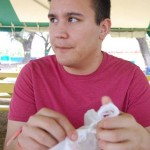 Previously he served as Digital Director for the New Organizing Institute overseeing all online communications, strategy, and fundraising. As part of his duties he helped train hundreds of organizers in social media, email, and building a winning campaign online. Before coming to NOI he filled digital roles with Public Campaign Action Fund and CREDO SuperPAC. As well as communications and organizing roles with We are Wisconsin, SEIU, and Russ Feingold’s 2010 Senate campaign.

In his free time he likes to work on side projects like parabellumlabs.org and doihavetoworktoday.com.

Hilary Nachem serves as Digital Advisor for EMILY’s List, the nation’s largest financial resource for women running for office. It’s her second “tour of duty” with EMILY’s List and her second cycle in this role. As a member of the Federal & Gubernatorial Campaigns Team, Hilary acts as a consultant for women candidates and their teams. Prior to this, she served a similar capacity at FitzGibbon Media where she worked with progressive clients.

In 2012, Hilary served as New Media Director to then-Rep. Tammy Baldwin on her history making US Senate bid. Prior to her station in Wisconsin, Hilary ran list-building and social advocacy campaigns for EMILY’s List. She began her career in the office of Congresswoman Doris O. Matsui where she mastered the art of press clips.

Hilary is a graduate of the University of Maryland and a DC-transplant. Her sworn enemy is the two-space copywriter.

Other sessions: Beyond Vanity Metrics: How We Can Use Digital to Strengthen Our Campaigns