With only 8,200 residents, southeast Michigan’s 48217 zip code is sandwiched between I-75 and giant industrial polluters. Smokestacks billow above schoolyards in River Rouge, MI, where more than 1.6 million pounds of hazardous chemicals are released into the community every year. The zip is part of Wayne County, which has the highest number of pediatric asthma cases in the state, combined with the highest state population of those living in poverty. Clean air and water violations abound the physical space, coupled with barriers to affordable cyberspace, threatening many residents’ ability to survive in a digital age. Learn about the interplay between environmental and digital justice in one community, from fighting for equal access to the internet, launching community media labs, and improving air quality.

Dr. Michael Dorsey is a recognized expert on global governance and sustainability. For more than two decades Dr. Dorsey has provided strategic guidance and advice to governments, foundations, firms and many others on the interplay of multilateral environment policy, finance and economic development. In 1992, he was a member of the U.S. State Department Delegation to the United Nations Conference on Environment and Development, “The Earth Summit.”

Dr. Dorsey, a member of the Club of Rome and a Director on the Sierra Club national board, is also presently the interim Director of the energy and environment program at the Joint Center for Political and Economic Studies. 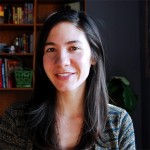 Jenny is the Executive Director of Allied Media Projects. She was instrumental in relocating The Allied Media Conference from Bowling Green, OH to Detroit in 2007 and has since facilitated the annual gathering’s growth and evolution to a national organization with deep roots in her hometown of Detroit. Her community organizing in Detroit started in 2002, as a 19-year-old participant in the youth leadership program, Detroit Summer. In 2009 she led the process of founding the Detroit Digital Justice Coalition and securing $1.8 million in federal funding for Detroit through the American Recovery and Reinvestment Act. This funding led to the creation of the Detroit Future programs, which have trained several thousand Detroiters to use media and technology for creative community transformation efforts in schools and neighborhoods across the city. 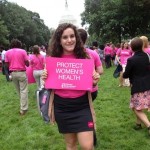