What We Can Do to Expose “Red, White and Blue-Washing”

What We Can Do to Expose “Red, White and Blue-Washing”

Corporations such as Apple, Walmart, Maytag and General Electric have pledged to move jobs back to the U.S. or stock more Made in America products on their shelves. We’ll dissect what’s real, what’s not, how we can influence companies to do even more and what it all means for good jobs and the American economy. Politicians have made similar commitments. We’ll also explore which policies could make a real difference in bringing good jobs back to the United States. 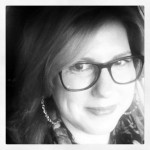 Bruce Braley is the U.S. Representative for Iowa’s First Congressional District and candidate for U.S. Senate in Iowa.

First elected to Congress in 2006, Bruce has become known for his advocacy for the middle class and his work on behalf of Iowa’s veterans. He has established a reputation for being an outspoken voice for working people across the country and founded the House Populist Caucus in 2009 to draw renewed attention in Congress to strengthening America’s middle class.

Laura Clawson is the labor editor at Daily Kos. Previous. she was senior writer at Working America, the community affiliate of the AFL-CIO. She has a PhD in sociology from Princeton University and has taught at Dartmouth College and the Princeton Theological Seminary. She is the author of “I Belong to This Band, Hallelujah: Community, Spirituality, and Tradition among Sacred Harp Singers.”

Scott Paul is Executive Director of the Alliance for American Manufacturing (AAM), a labor-business partnership established the United Steelworkers. For the past five years, Mr. Paul and AAM have worked to make American manufacturing a top-of-mind issue for voters and our national leaders.

The AAM book Manufacturing a Better Future for America (2009) and its 2010 Manufacturing Plan have provided the framework for key proposals offered by progressive manufacturing advocates in Congress, as well as the Administration.

Mr. Paul has testified before seven committees in Congress. He blogs at ManufactureThis, Huffington Post, CNBC, and Industry Week.
Prior to forming AAM, Mr. Paul worked at the AFL-CIO and served on Capitol Hill at various times from 1989 to 2001.
Mr. Paul earned a B.A. in Foreign Service and International Politics from Penn State and an M.A. with honors in Security Studies from Georgetown University’s School of Foreign Service.

Marcy writes about national security and civil liberties her site, emptywheel.net, and for the Guardian, Salon, and the Nation. She is best known for live-blogging the Scooter Libby trial and reporting the number of times Khalid Sheikh Mohammed was waterboarded. In 2009 she won the Hillman Prize for blog journalism.

Other sessions: Beyond Aaron's Law: Reining in Prosecutorial Overreach