Forever in their Debt: Taking Initiative on the Student Loan Crisis

Forever in their Debt: Taking Initiative on the Student Loan Crisis

The burden of student loan debt is quietly crushing millions of young Americans. The United States has accumulated more than $1 trillion in student debt, with no end in sight. While there have been initiatives enacted by Congress, the enormous debt that many students take on pursuing higher education has become unmanageable for many and has created a looming fiscal crisis that presents a massive problem. This panel will examine ways that we as progressives can address not only the debt that already exists, but to also address the underlying policies and systems that contribute to the massive amount of student debt. Sitting on the panel will include students, elected officials and higher education leaders to examine the issue from policy, educational, economic and personal perspectives.

Alex joined Democracy for America in the summer of 2012, after serving as the Deputy Director of Digital Media for a top tier Senate Race. Previously, he worked in Chicago as an organizer for Congresswoman Schakowsky’s campaign and found inspiration in the influence of grassroots organizing on elections. After the Congresswoman’s win, he moved to Washington, DC where he spent a year and a half on Capitol Hill running the constituent correspondence program and conducting legislative research.

Karen Bass was re-elected to her second term representing the newly drawn 37th Congressional District in November 2012. Representative Bass serves on the House Committee on Foreign Affairs where she is Ranking Member of the Subcommittee on Africa as well as the House Judiciary Committee. She was selected by Democratic Leader Nancy Pelosi to serve on the prestigious Steering and Policy Committee, which sets the policy direction of the Democratic Caucus. Representative Bass is also playing a leadership role in the Congressional Black Caucus (CBC), where she serves as Whip for the 113th Congress.

Throughout her career, Representative Bass has maintained a focus on our nation’s foster care system. In her first term, she created the bipartisan Congressional Foster Youth Caucus along with co-chair U.S. Rep. Tom Marino (R-Pa.), which aims to transform the foster care system in America. 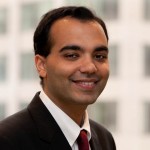 Rohit Chopra is an Assistant Director of the Consumer Financial Protection Bureau and leads the agency’s work for students and young Americans. He was designated by the Secretary of the Treasury as the CFPB’s Student Loan Ombudsman, a new position created in the Dodd-Frank Wall Street Reform and Consumer Protection Act. He holds a BA from Harvard College and an MBA from the Wharton School at the University of Pennsylvania. 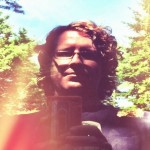 15 year veteran in the labor movement, including seven years as a graduate employee union activist at the University of Oregon. Since joining AFT in 2007, I’ve worked on campaigns to protect academic freedom, secure the equitable treatment for contingent faculty, and a host of other issues. I’m currently helping in AFT’s efforts to broaden and deepen our engagement with student organizations.