Beyond the A/B test: Using Social Science Theory to Get More from Your List

Beyond the A/B test: Using Social Science Theory to Get More from Your List

Thinking of testing your emails in the coming year? Get smart about the A/B test. Principles from behavioral science and randomized tests in other media are great places to find impactful variations and create robust best practices. By being strategic about what you test, you can avoid re-inventing the wheel on messaging from copy to copy and can begin to unlock additional potential in your list. We will also discuss the limitations. Panelists from top organizations will share findings from their theoretically informed email tests in 2012.

Regina Schwartz is the Deputy Director at the Analyst Institute. In her four years at the Analyst Institute, she has designed and implemented field experiments as well as conducted hundreds of trainings across the United States on scientifically-proven methods for increasing voter turnout and improving the effectiveness of political communication strategies. Prior to joining the Analyst Institute, Regina worked in the Washington Office of Congresswoman Gillibrand and was a field coordinator for the 2006 NY-20 Congressional election. Regina has experience with many other political organizations, including Rock the Vote, Dean for America, and Hillary Clinton’s Senate Office. Regina earned a BA in Social Studies from Harvard University, where she received Magna Cum Laude for her thesis entitled “Going Negative with America’s Youth: The Role of Negative Messaging in Attitude Formation.”

She was recently named a 2012 Rising Star by Campaigns & Elections magazine.

Other sessions: What the F*** Do We Know? Applying Scientific Research to Elections, What Political Consultants Don't Want Donors to Know: How to Win Elections with Data-driven Field Operations 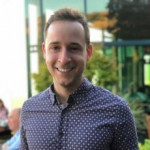 For identification purposes only: David Broockman is an Associate Professor of Political Science at UC Berkeley. He has previously worked for the Analyst Institute, New Organizing Institute, CREDO, and the AFL-CIO.

I graduated from Dartmouth with a double major in government & sociology in 2007. Two days later, I joined the Obama campaign, spending time in Nevada, Ohio, Pennsylvania, & Oregon for the primaries, and then California (traveling with POTUS’ sister Maya for a month to raise $), before moving to Chicago for the general. After winning(!!), I moved to DC and immediately began working on the Inaugural Committee. I ultimately settled into the Administration as the Assistant to the Director in the White House Office of Political Affairs, and then as the Advisor for Strategic Planning in Secretary Chu’s office. These experiences showed me how much I love campaigns, &, really, how much I just believe in the power of Millennials to create change in this country…and world. I am now at Rock the Vote and love the daily challenge of engaging young people in our country’s democracy.

Jim Pugh is the founder and CEO of ShareProgress, a social-good startup that’s helping progressive organizations use the power of data and technology to grow their base and win their campaigns. He is a co-founder of the Universal Income Project, and previously served as the Director of Analytics and Development for President Obama’s Organizing for America (OFA) and the Democratic National Committee. Jim has a Ph.D. in distributed robotics from the Swiss Federal Institute of Technology in Lausanne, Switzerland. 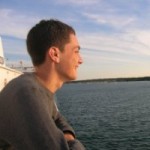 Josh Rosmarin is an Analyst at the Analyst Institute and a graduate of Yale University. At Yale, he conducted research with Professors Donald Green and Jacob Hacker. His senior essay on the political power of the American pharmaceutical industry won the Frank Miner Patterson Prize for the best senior essay on the American political system. In his spare time, he enjoys cycling and bad puns. 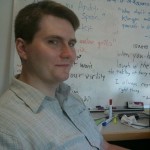 I am originally from Jackson, MS and earned a Master’s in Computer Science from Georgia Tech in 2008 with a specialization in Delay Tolerant Networking. I came onto the New Media team at the DNC as an analytics engineer for the 2010 cycle. I then stayed on at the DNC for another several months before moving to the Obama campaign in Chicago for the 2012 cycle as their Deputy Director of Digital Analytics. After the campaign, I moved back to Washington, DC, and took my current position as the Director of Analytics at Avaaz, an international non-profit aimed at closing the gap between the world we have and the world most people everywhere want, which I admit is a tall order.