Transgender advocacy has exploded in recent years in no small part due to the ability of transgender people to connect nationally online. The immediate and swift outcry against the proposed stripping of gender identity protections in the Employment Non Discrimination Act (ENDA) demonstrated this community’s online power. But while blogging significantly shapes political activity within the transgender community, there is a risk that all of the community’s concerns may not be considered in online responses to real-world events. This panel will explore the historical development of the activated transgender community and the impact blogging and online activism have on its formation and focus. Presenters will share examples of the powerful role this online community plays in moving transgender rights forward, while also examining what is missing from the conversation.

The Blogging for Transgender Equality session was a full house, with lots of anticipation for an inspiring conversation.
" Blogging for transgender equality " #nn12 #LGBTQ http://pic.twitter.com/1keZLup0William Anderson
#NN12LGBT panel Blogging for Transgender Equality: History, Challenges and Progress at #nn12 has just started….ready to be inspired!Zerlina Maxwell
Watch the live-stream of @jostruitt’s panel Blogging for Transgender Equality at Netroots! http://bit.ly/MRviFA #nn12Feministing
Panelists discussed some of the recent small victories in the fight for transgender equality and acceptance.
RT @TheTaskForce: Minnesota was the first state to pass protections for transgender people, 2nd was Rhode Island #nn12 #nn12lgbtAllyson Diane Hamm
RT @thetaskforce: .@jostruitt: there has been a shift in the media coverage of transgender women #nn12 #nn12lgbtAimee Thorne-Thomsen
American Apparel & @glaad launch first #transgender ads as #nn12 holds first transgender panel #nn12lgbt http://bit.ly/LCMiIiRich Ferraro
While there has been progress there are still challenges.
.@TransGriot: it feels like we only get coverage of transgender people of color when there’s violence. #nn12lgbt #nn12The Task Force
Data from GLSEN: 69% transgender students felt unsafe in school bc of sexual orientation & 65% how they expressed gender #nn12 #NN12LBTRealLifeUnplugd
. @jenniferlevi1 helping to define #transgender and talking about breaking expectations of what gender looks like #NN12LGBT #nn12Michelle Weiser
It is important for ally communities to continue to provide support for transgender individuals. A shift in perceptions will only be possible when the larger ally community is engaged.
@AutumnSandeen: We should be able to embrace our entire identity; not be seen ONLY as transgender ppl #nn12 #nn12lgbt #noi12Jamie McGonnigal
We need to be better advocates for our #transgender brothers and sisters #NN12LGBT #NN12 #lgbtwondermann5
.@transgriot Monica Roberts talking about transgender activists across African diaspora. #nn12Jay Carmona
All in all, individuals felt empowered to be advocates for effective change.
#NN12 Blogging for Transgender Equity – amazing panel! Learning so much!Nolan Pack

Dr. Jillian T. Weiss is Professor of Law and Society at Ramapo College of New Jersey, where her research area is transgender workplace law. She has authored numerous academic publications, and her work has been featured by media including The New York Times and Associated Press. She is Associate Editor of The Bilerico Project, a blog of LGBT politics and culture, and has a leadership role in LGBT rights organizations, including Lambda Legal, a national LGBT impact litigation organization, GetEqual, a direct action LGBT rights organization, and The Williams Institute Advisory Board, an LGBT rights think-tank at UCLA Law School. She provides consulting services for employers, including Harvard University, Boeing and New York City, and pro bono legal representation in cases involving gender identity discrimination. She is a member of the National LGBT Bar Association, and Chair of the Planning Committee for its annual Transgender Law Institute.

Jennifer L. Levi is a leading national expert on transgender legal issues. At GLAD since 1998, she has served as lead counsel in a number of precedent setting cases establishing basic rights for transgender people. These cases include: Doe v. Yunits, in which Jennifer represented a transgender student denied the right to attend school because of the clothing she wore; Rosa v. Park West Bank, which established key protections for transgender people under federal law; Beger v. DMA, which resulted in a reversal of Division of Medical Assistance’s refusal to cover breast surgery for a transgender woman, among many others. Jennifer was also co-counsel in the case of Goodridge v. Dep’t Public Health which established the right of same-sex couples to marry in Massachusetts. Jennifer is the co-editor of Transgender Family Law: A Guide to Effective Advocacy, and is a Professor of Law at Western New England University.

Monica Roberts, aka the TransGriot, is a native Houstonian and a trailblazing trans community leader who transitioned in 1994. She’s a writer, award winning blogger, history buff, thinker, lecturer and IFGE Trinity Award winning advocate on trans human rights issues who works diligently at encouraging acceptance of and promoting awareness about trans people inside and outside the African-American community.

Monica’s writings on trans issues from an Afrocentric perspective have been published at EBONY.com, Feministe, Racialicious, Womanist Musings, and What Tami Said 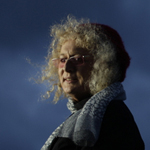 Autumn Sandeen is the Trans Progressive columnist at LGBT Weekly, as well as a long time blogger on Pam’s House Blend. Autumn is pehaps best known for being the transgender Persian Gulf War veteran who handcuffed herself to the White House fence twice with GetEqual in 2010 over repeal of DADT, for coverning the Angie Zapata Hate Crime Murder Trial from the courtroom, and for being one of the first of two transgender journalists certified to cover a Democratic National Convention (2008). 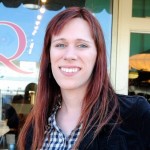 Jos Truitt is Executive Director of Development at Feministing. She joined the publication in July 2009, became an Editor in August 2011, and Executive Director in September 2013. As a student at Hampshire College, she organized the Civil Liberties and Public Policy Program’s annual reproductive justice conference. She has worked on the National Abortion Federation’s hotline, was a Field Organizer at Choice USA, and has volunteered as a Pro-Choice Clinic Escort. Jos has written about transgender issues, abortion access, and media representation for publications including The Guardian, Bilerico, RH Reality Check, Metro Weekly, and the Columbia Journalism Review. She speaks and trains at conferences and college campuses about trans issues, reproductive justice, blogging, feminism, and grassroots organizing. Jos completed her MFA in Printmaking at the San Francisco Art Institute in Spring 2013. In her “spare time” she likes to bake and work on projects about mermaids.