#TroyDavis and #TooMuchDoubt were trending topics when Troy Davis was executed last September, energizing the movement to abolish the death penalty and forcing an examination of the ways  race and class disproportionately impact life-and-death decisions. Since 1973, 140 people have been exonerated from death row in the United States, and there are at least five cases where states have executed persons with strong indications of innocence. And yet, we’re winning! Connecticut just became the fifth state to abandon the death penalty in 5 years, and Californians have a referendum on capital punishment on the November ballot. Sophisticated anti-death penalty campaigns are using new technologies and lifting up uncommon voices to advance the work of educating lawmakers and mobilizing constituents. Panelists will discuss the latest trends and tactics, current hot cases and connect you to effective and engaging anti-death penalty campaigns.
Watch live streaming video from fstv1 at livestream.com

Dr. Marc Lamont Hill is one of the leading intellectual voices in the country and an award-winning journalist. He is currently a host of BET News and has received numerous prestigious awards from the National Association of Black Journalists, GLAAD, and the International Academy of Digital Arts and Sciences. Dr. Hill is the Steve Charles Professor of Media, Cities, and Solutions at Temple University. Prior to that, he held positions at Columbia University and Morehouse College. Since his days as a youth in Philadelphia, Dr. Hill has been a social justice activist and organizer, and today is a board member at the Philadelphia Student Union and My5th, a non-profit organization devoted to educating youth about their legal rights. He has worked on campaigns to challenge the war on drugs, end the death penalty, and release numerous political prisoners. 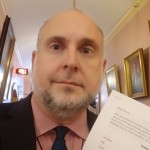 Abraham J. Bonowitz has been an organizer, communicator and strategist in the movement to end the death penalty for nearly 30 years, and he’s also been on the journey to maintain health and fitness for his entire adult life. He knows it’s not easy, which is why he jumped at the chance to be a part of the Healthy Campaign team. Learn more about Abe’s life’s work at http://deathpenaltyaction.org/abe-bonowitz. Learn more about Healthy Campaign at http://www.healthycampaign.org

Laura Moye is the Director of Amnesty International USA’s Death Penalty Abolition Campaign, based in Washington, DC. She has been an active voice for human rights and abolition of the death penalty since her days as a student activist. Moye has worked in various capacities for AIUSA over the past 14 years. She started working for AIUSA in the Southern Regional Office in 1998. Her focus there was on building the human rights activist base in the South. She has organized scores of conferences and trainings and provided support to AI chapters and volunteer leaders and social justice coalitions in their human rights work. As part of her anti-death penalty work, Moye has been a leader in state legislative and clemency campaigns, including a campaign for a moratorium and study of Georgia’s death penalty and to stop the execution of death row prisoner Troy Davis.