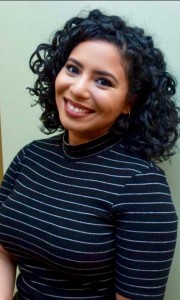 Yasmina Dardari is a media strategist, writer, and Partner at Unbendable Media who is devoted to public interest communications and social movement organizing. She has collaborated with artists, grassroots organizations, NGOs, and think-tanks on communications projects for a range of campaigns on anti-imperialism, anti-racism, corporate accountability, ecological and indigenous sovereignty, foreign policy, gender equity, labor and political organizing, and whistleblower defense. Ms. Dardari also worked as the social action community manager for the 2012 Academy Award-nominated documentary "The Invisible War." She holds a master's degree from Columbia University's School of International and Public Affairs (SIPA), where she studied public policy, human rights, and media. She is based in Brooklyn, New York.