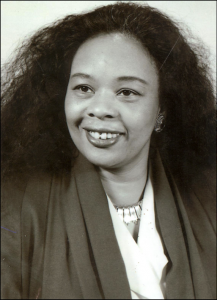 Virgie M. Rollins, a native of Benton Harbor, Michigan, is currently the Chair of the Democratic National Committee (DNC) Black Caucus. During her tenure as Chair of the Black Caucus, Ms. Rollins organized African American Leadership Summits, which convened to discuss Urban Issues with African American leaders across the county. She has encouraged African Americans to participate at every level of the Democratic Party and to seek party offices and public office. Currently, Virgie is PAC Chair for the National Federation of Democratic Women (NFDW). From 2003 to 2005, she served as President of the NFDW, to date she has raised the more money for NFDW than any other President. She was also the First African American Woman to Chair the Michigan Democratic Women’s Caucus. Under her leadership, the Jefferson-Jackson luncheon was established and the Eleanor Roosevelt Award founded as well as a young women’s internship program with the Democratic Governor’s office. Virgie has received numerous accolades for her work in politics and campaigns. In 2013, in honor of the 50th Anniversary of the Rev. Dr. Martin Luther King Jr’s Walk for Freedom March in Detroit, Ms. Rollins proudly accepted the Lifetime Achievement Award for her work in politics and social justice from the Michigan Democratic Black Caucus and the Women’s Delegation for Peace and Change. She was awarded Best & Brightest of Business and Profession Women by Money Magazine. She is a recipient of the Spirit of Detroit Award and the recipient of a State of Michigan Resolution for her work with women. In addition, she’s been listed in Who’s Who Worldwide, and a recipient of the National Leadership Council Award and the National Capital Medallion Award. She was also honored by the Department of the Army during Women's History Month. Virgie Rollins served in the late Detroit Mayor Coleman Young’s administration for 15 years. Rollins also served as an Assistant Wayne County Executive, Assistant Director for the Michigan Department of Licensing and Regulation and Commissioner with the Liquor Control Commission. In 1993, Mrs. Rollins founded the Rollins Group, LLC, an intergovernmental relations firm. She serves on various boards including the Michigan Council of Government, the Rainbow Push Coalition and AARP. Virgie lives in Detroit, Michigan with her husband Michael E. Rollins, they have two sons Michael Jr. and Martin. She is also the proud grandmother of two, Miles and Frenice. Virgie has been a member of Greater Miller Memorial Church of God in Christ under the leadership of Bishop Earl J. Wright for over 40 years. Virgie M. Rollins is a graduate of Lake Michigan College and Michigan State University; she also attended University of Michigan. She is also a member of Delta Sigma Theta Sorority, Inc.