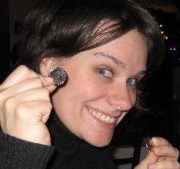 Victoria Zyp has trained and led organizers and volunteers on electoral, ballot, and issue advocacy campaigns on municipal, state, and national initiatives. In 2014 she managed the statewide field program for Battleground Texas in coordination with the Wendy Davis for Governor campaign. She started organizing on the 2008 Obama Presidential campaign in her hometown of Cincinnati, and continued engaging OFA volunteers in 2009 in support of healthcare reform, and 2010 in support of statewide Democratic candidates. After spending 2011 working on the statewide ballot measure to restore collective bargaining rights to Ohio's public employees, she returned to the President's re-election campaign in 2012 as Ohio training director. In 2013 she served as Leadership Development Director at Organizing for Action, where she built curriculum for issue organizing and managed the national fellows program. She is currently a Program Director for Airbnb's community outreach team.