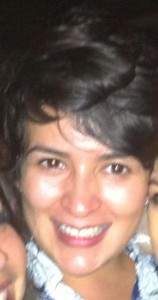 Victoria is a seasoned campaigner, getting her feet wet at New York University where she actively organized students to support Adjunct professor unionizing efforts. She since savored her social justice appetite on a variety of NGO’s including; student organizing, domestic violence work, and immigrant rights work. She nationally organized with United Students Against Sweatshops before her electoral debut in NM ’08, where she successfully swapped her county blue and began her sometimes contemptuous relationship with electoral work. She has since worked with the DNC in Los Angeles, and in '10 was successful in saving a competitive Congressional seat as the NM1 Field Director. She is currently the Deputy Political Director for the Cesar Chavez' United Farm Workers. Victoria trains with Democracy for America and Wellstone Action and dubs as a yoga teacher. Victoria identifies as Chicana, a lover, resister, activist, dancer, yogi, and mom.