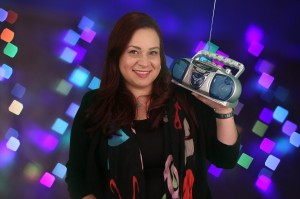 Vanessa Maria Graber is a Puerto Rican organizer, media personality, and educator from Philadelphia. She is the Station Manager and co-founder of community radio station, WPPM 106.5 FM at PhillyCAM, and is an adjunct professor at Temple University's Klein College in the Media Studies and Production Department. She hosts several radio/TV programs at PhillyCAM including the People Power Lunch Hour, a program featuring organizers with local social movements, and Fully Baked Radio, a program about cannabis culture and drug policy. Vanessa has over 20 years experience in media and grassroots campaigns. She has worked on media justice issues such as the largest US expansion of community radio, reforming Net Neutrality rules, and advocating for public access TV. In addition to media policy, Vanessa has been organizing locally for drug policy reform, including working to pass the cannabis decriminalization law in Philadelphia, advocating for Senate Bill 7 for Medical Cannabis in Pennsylvania, organizing to expand the Medical Cannabis program in NJ, and coordinating rallies, direct actions, and events in support of cannabis legalization in Philly & NJ. She currently works with a coalition of POC in Philadelphia to legalize cannabis in PA and make medical cannabis more accessible to the Latinxs community.