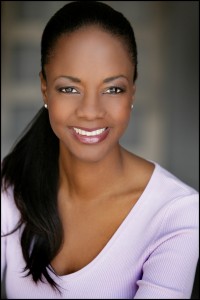 Tracie Stafford is a social justice activist, cultural competency educator and has emerged as a powerful voice for women across the nation through her over 10 years of active engagement in the women’s equality movement. Activists know her throughout California from her work as emcee at The Women’s March Sacramento, The Black Women’s March, Science March, Tax March etc. and Nationally as a survivor advocate in the fight against Domestic Violence. She is an elected District Delegate for the California Democratic party, the Vice President of the Women Democrats of Sacramento County, founder of Indivisible Women of California and is running for the office of Mayor of Elk Grove, California 2018. Her expertise in marketing, PR and cultural competency were honed through years working her way up from data entry operator to the owner of her own firm. As a small business owner and philanthropist, she devoted countless hours to chairing boards such as The National Association of Women Business Owners, The Sacramento Small Business Board and leant her talents to the boards of The Birthing Project International, The Sacramento Black Chamber of Commerce among others. In addition, she was honored to have been appointed to the California Small Business Board by the Governor of California. Today Tracie resides happily with her husband and three of her four children in Elk Grove California. Her fourth child, a daughter, is a Sailor in the United States Navy. A fun fact: Tracie also competes Internationally in Mrs. Pageantry for married women, having most recently held the title of Mrs. California Globe 2015 and placed 1st runner up at Mrs. USA Globe 2016.