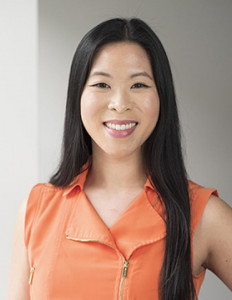 Tiffany W. Chang (she/her) is a second-generation Taiwanese-American organizer, musician, and cultural activist from the East Bay/Ohlone land, California. As Director of Community Engagement at Asian Americans Advancing Justice | AAJC in Washington DC, Tiffany leads the organization's community outreach, coalition-building, and field mobilization work nationwide, liaising with over 250 local community groups in 38 states. Most recently, Tiffany served as the lead organizer for the Unity March, the first Asian American-led, BIPOC March on the National Mall in DC. Previously, Tiffany served as Deputy GOTV Director for the 2020 Michigan Coordinated Campaign to elect Joe Biden and Kamala Harris. Prior to this, she was Associate Director of Allied Groups for the 2020 Democratic National Convention, leading outreach to AAPI, Arab, Jewish, and Muslim organizations; veterans & military families; the disability community; and gun violence prevention groups. Before working on the national level, Tiffany was Advocacy and Policy Manager at the Asian American Federation in New York City. She holds an MPA from Columbia University School of International Affairs (SIPA), and a Bachelor of Music from NYU.